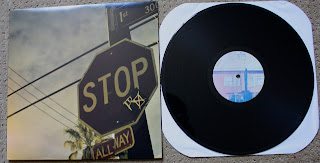 So now that I'm done ranting about not getting the red vinyl on the Stick Together "Surviving the Times" pre order, I figured I'd give another story on how I missed out on some Red vinyl. This past December I saw Rotting Out with Madball and Take Offense in San Francisco. I knew before the show that their new "Street Prowl" LP had copies on black, red and 200 on clear which sold out pretty much immediately. At the beginning of the show I asked their merch guy if they had red copies, he said yeah they had a bunch. I asked him to hold onto one for me until the end of the show, and he said "no problem". 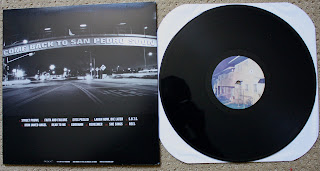 Ok, so Madball finishes and a rush is underway for the door/merch tables. I had a long night of drinking and was feeling pretty good by then so this next part of the story is my own damn fault. I go to buy my copy of Street Prowl and I ask the guy if its on Red vinyl, he looks at me and says "Yeah". My friends are in a hurry to go so I grab my record and Rotting Out "Raiders" shirt and get the hell out. Now keep in mind, the record isn't even SEALED. I could have easily pulled it out and looked at it. It's not until the next morning when I go to check out the record that I realize I had a copy of it on black. Fuck. I really doubt the guy did it on purpose, because he was trying to get a few people their merch all at the same time. It's really my own damn fault for not taking the 2 seconds to look at the vinyl. And even more my fault, I should have just gone online that day and picked up a red one because they were still available. You live and you learn, right? 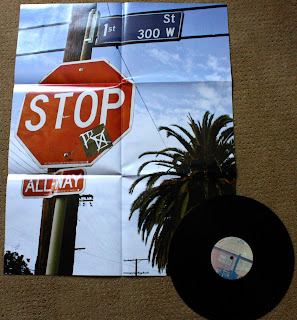 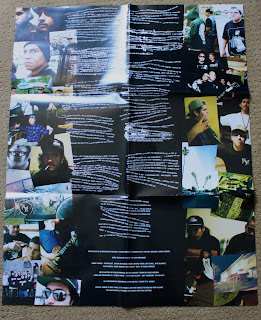 So onto the release. This is a really quality album, and they did a really nice job with the layout, cover art and big ass poster. I really like Rotting Out, they play fast ass hardcore punk with no frills.  I've seen them live a few times now and their singer always has great stage presence, jumping around and getting crazy as well as interacting with the crowd in between songs and telling little stories. If you haven't had a chance to check these guys out yet I would definitely do so. I'm anxiously waiting for a 2nd pressing and hoping to scoop this on some nice colored vinyl, but until then this will have to do.

Posted by Across Your Face at 1:50 PM