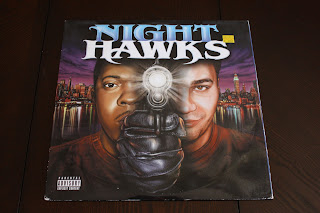 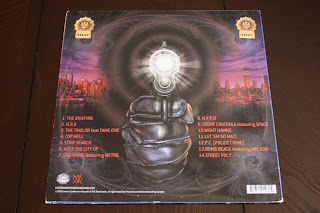 Here is a now classic concept album with Cage Kennylz and Camu Tao (RIP) as Nighthawks. The album is based off of the 1981 Sylvester Stallone and Billy Dee Williams movie. Two rough and rugged cops, one white and one black, battling a Russian terrorist named Wulfgar hell bent on destroying New York. Basically Cage (a white rapper) plays Stallone's character on the album, while Camu Tao (a black rapper) plays Billy Dee William's character on the album. Every song in this album is written from the view point of a corrupt cop. This is an excellent album and a true classic. This thing is super hard to find now, and I don't think I could ever sell this. The death of Camu Tao a few years ago just makes this thing even more sought after. Also, this was released on the now defunct Eastern Conference records, and pretty much anything with the Eastern Conference logo on it adds a ton of value. 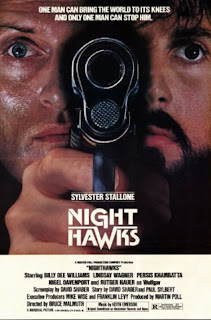 I ended up finding this album at Streetlight Records in Santa Cruz in 2006 in the used bin on the floor of the hip hop section. That day I found almost an entire Eastern Conference Records collection in that same used bin, one of the best record shopping days of my life! I'll post more of those at a later date. I always stop at the same store whenever I am up there hoping that lightning will strike twice, but I doubt I'll ever have a shopping day with that much luck again. Check out this song below that is the best one off the album, also featuring Tame One. The little commentary in between verses by Cage is fucking hilarious, you just have to hear it for yourself. If you like grimy NYC underground shit, then go pick this thing up on CD, you can still find them for under $10 on ebay.