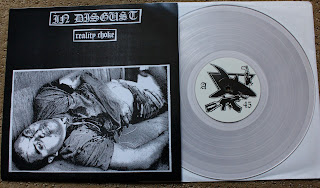 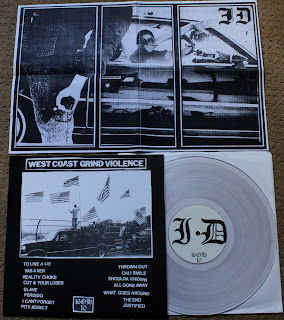 Anyways, this release is not really my style but In Disgust was always really fun live and of course they're cool guys. I do know that in power violence, raw noise, grindcore, thrash whatever circles they are considered to be top tier. I don't even know the fucking difference between all those styles I just said so forgive me if I'm offending anyone haha. According to deadformat.net this had 566 on clear, 96 on black (hand numbered), 50 black test presses with silk screened "tooth brush shark" and 4 on black pressed as "b edition" copies. Damn, that is a shit load of test presses? I think it may have been like 50 record release/tour copies or something and 4 test presses, but thats just speculation.