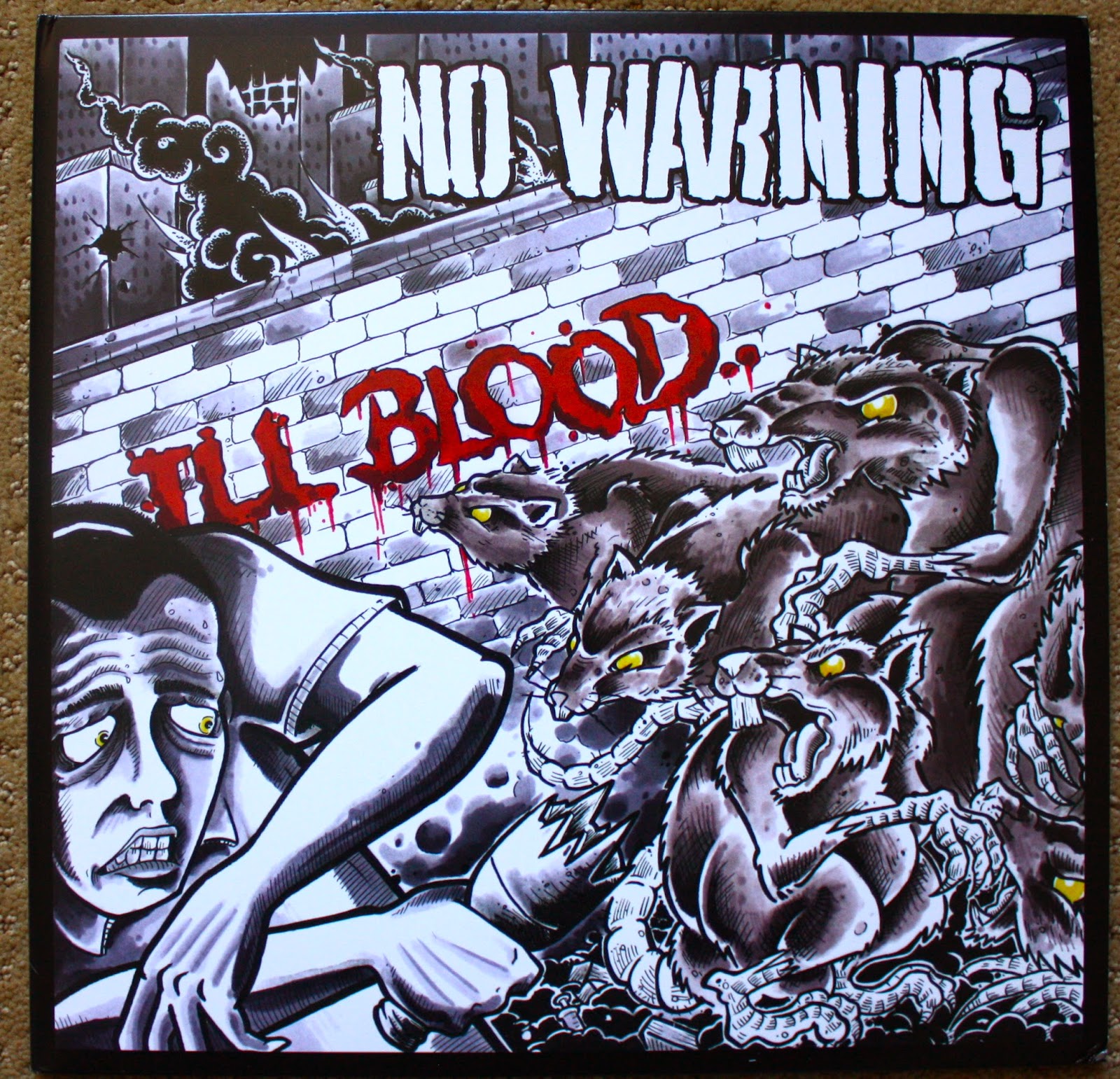 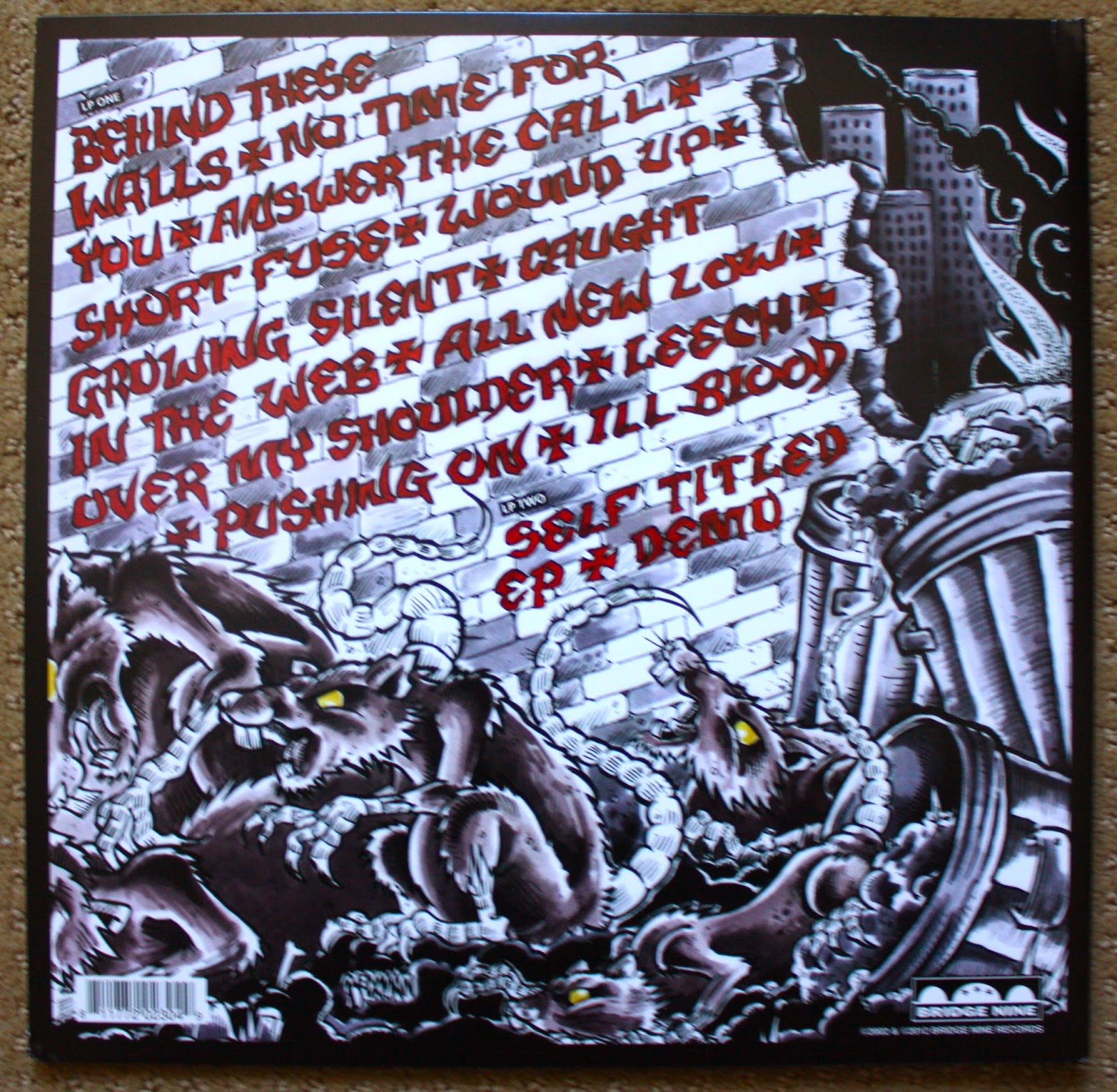 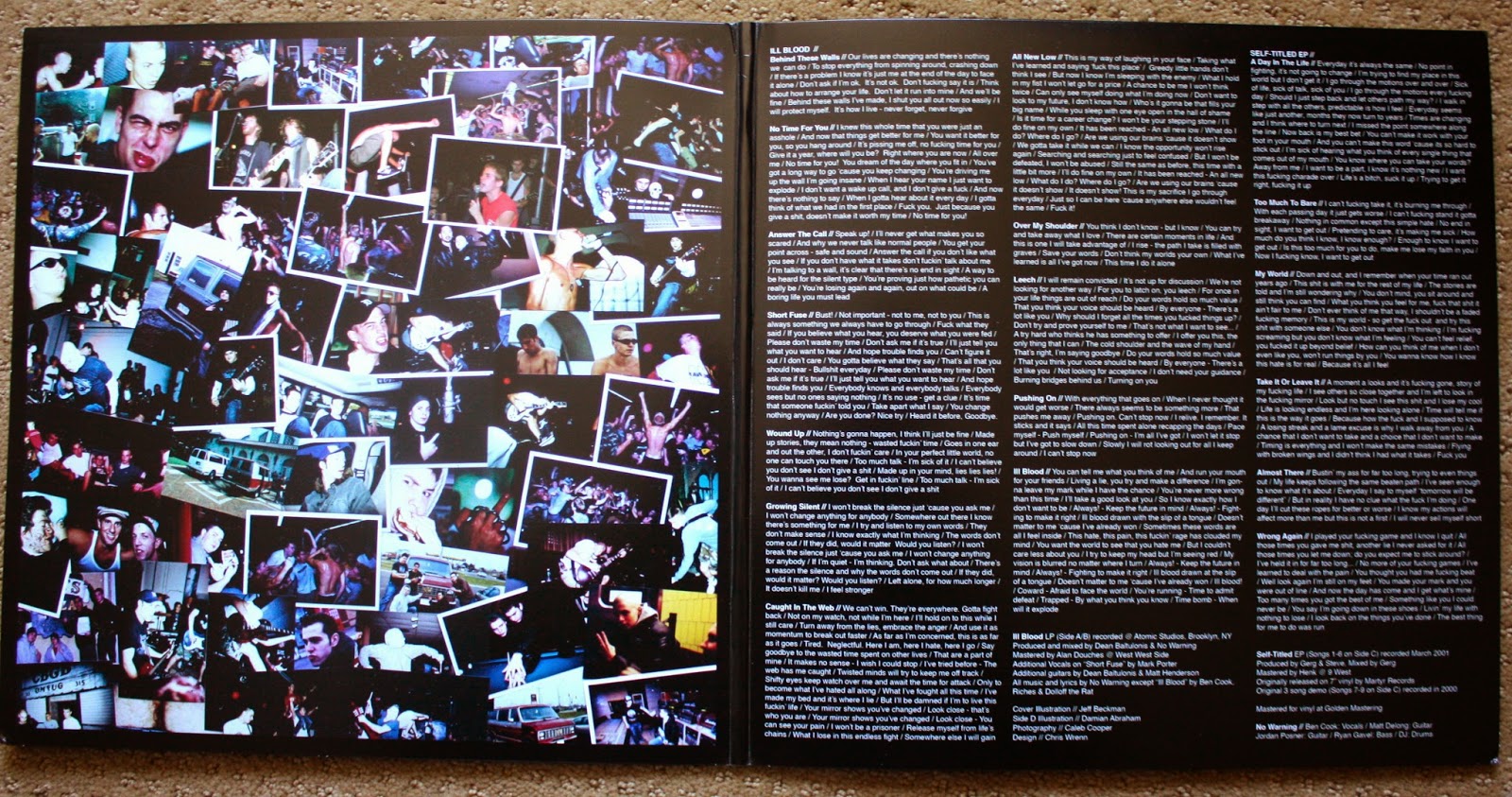 Last year Bridge Nine repressed what many consider a "modern classic", No Warning's "Ill Blood" album. This is a ten year anniversary release, and I just can't believe it has been that long! Back in the early 00's this wasn't really my thing, I was more into Oi! and strictly 80's hardcore... and rap, of course. Over time I really learned to appreciate No Warning though. I do think this is a very good release, but one thing that has always drove me crazy is the vocals. I cannot stand vocals recorded on two tracks being spliced together on pro tools. It sounds like shit and way too over produced for hardcore music. To me, the subtle breathes, panting and imperfections in hardcore vocals are a thing of beauty. But I digress... The music on this is brilliant and some of the sing along choruses just pump me up like crazy... I mean, "Short Fuse" has to be one of my favorite early 2000's hardcore songs. 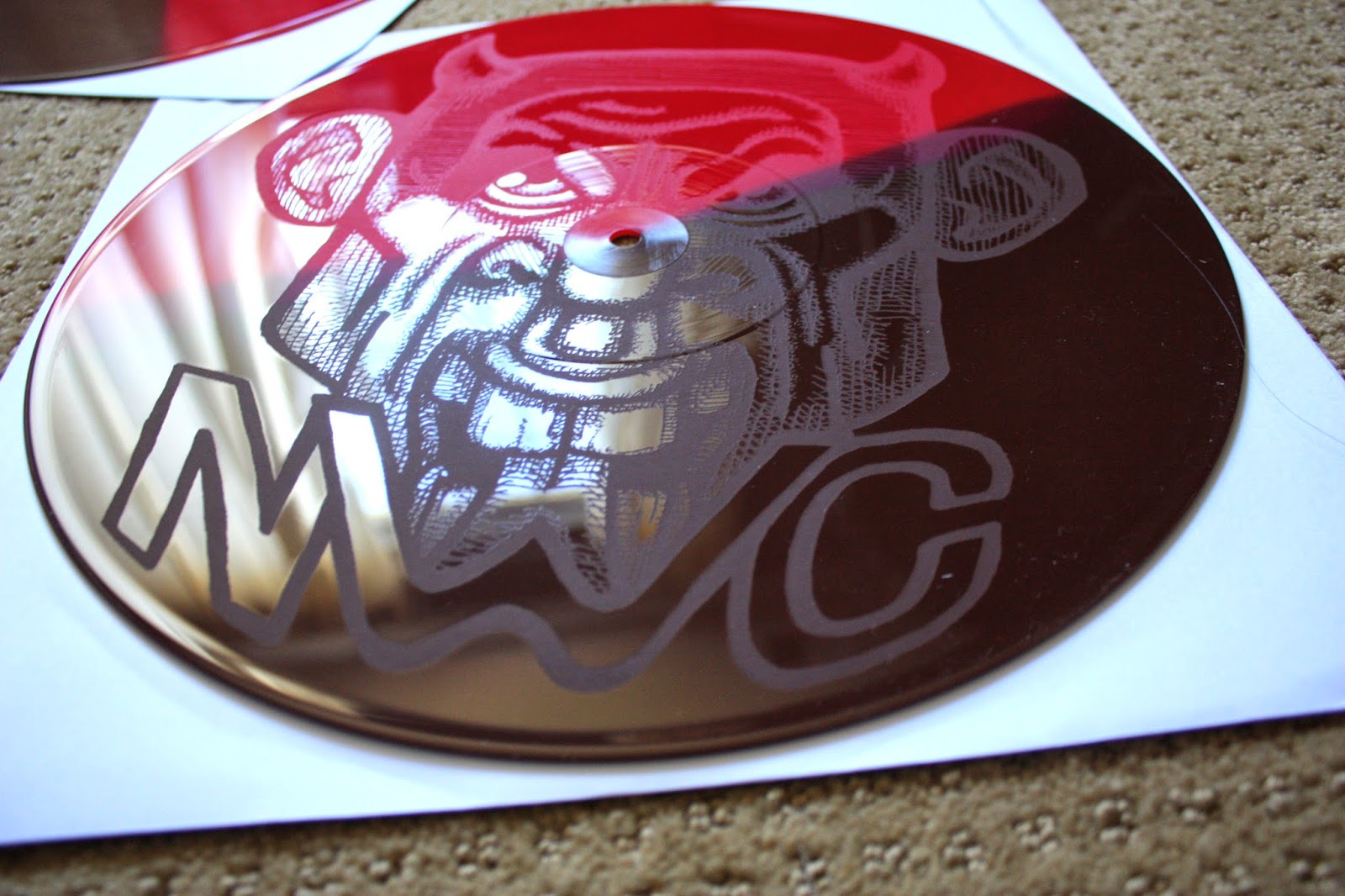 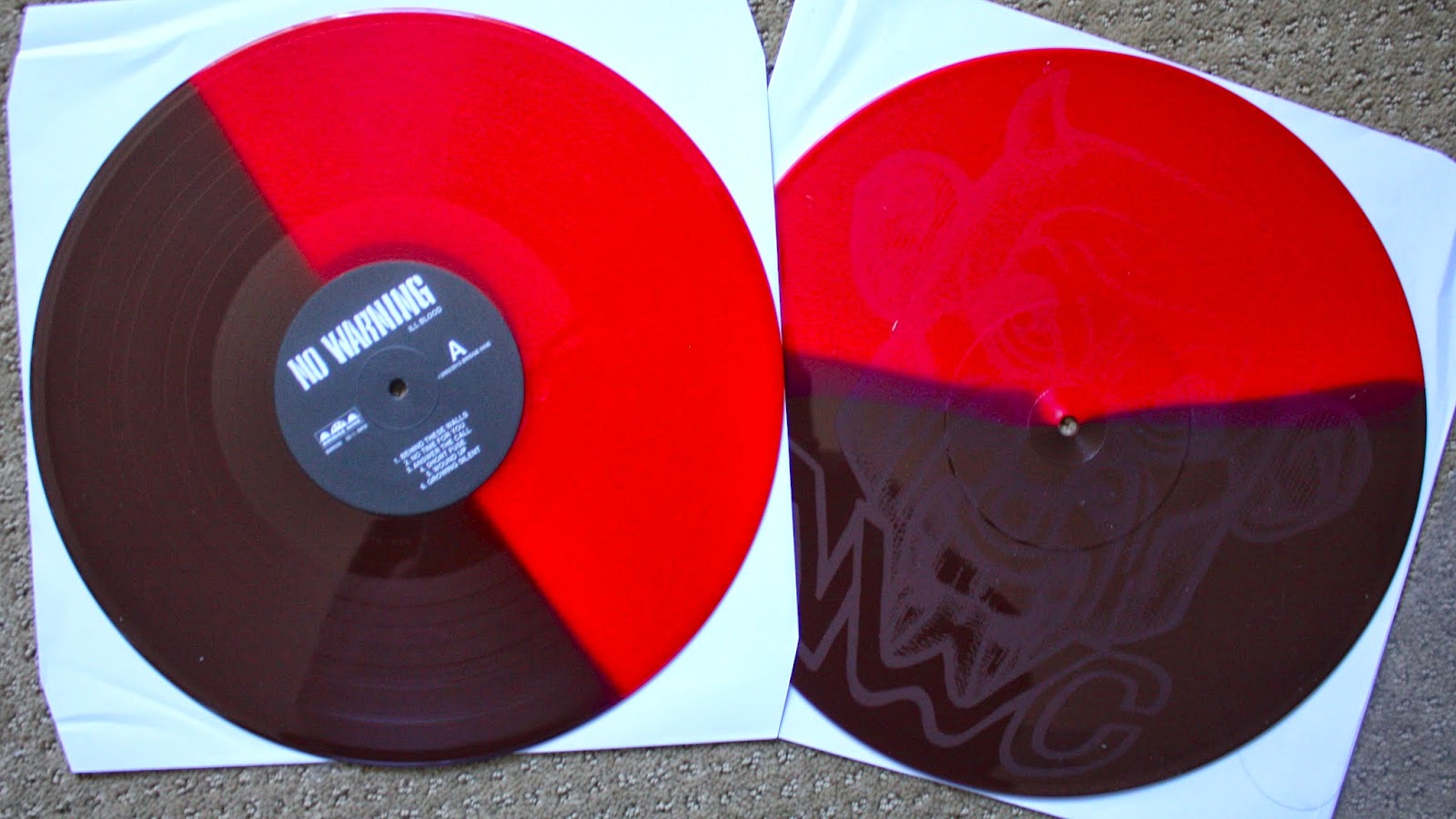 This was pressed on half red and half brown vinyl out of /700. The extra tracks are their self titled EP and demo. Ironically, the self titled EP is my favorite No Warning release. I think they should have given that it's own vinyl treatment, but oh well. One side of the 2nd LP is etched on the back with a devil face and "NWC". I'm assuming for No Warning Crew.

Posted by Across Your Face at 4:59 PM No comments: 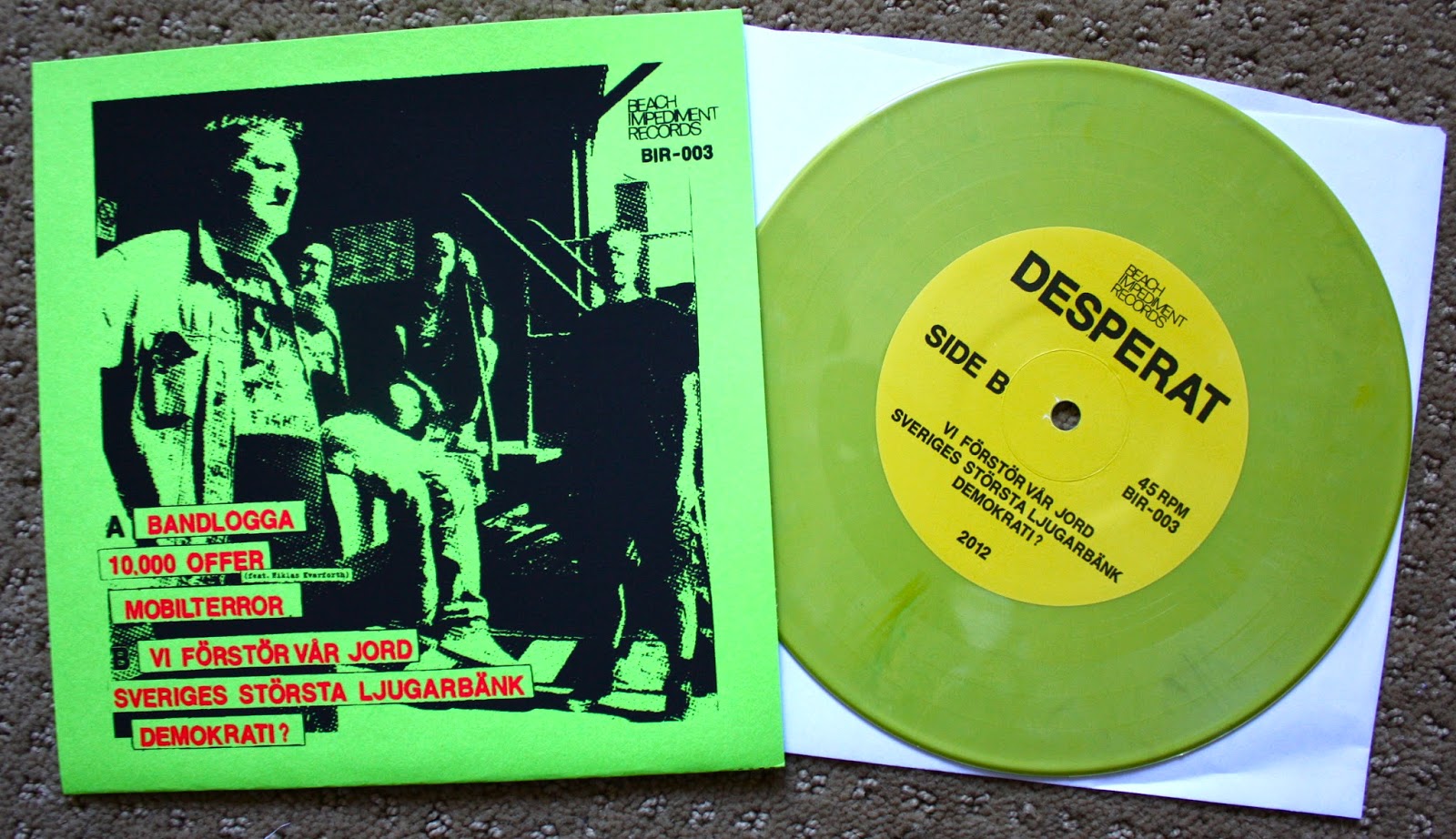 Figured I'd do a quick St. Patty's day post, since I've been seriously slacking off on my posts. It gets hard when you work 60-70 hours a week! Anyways, I didn't really have anything very "St. Patty's like", since I have never been that big of a fan of Irish music. So I went for something very green... Here is Swedish hardcore band Desperat, with their US pressing version on Beach Impediment on a green cover and green vinyl with stamped dust sleeves out of /150. This is a cool release, maybe a little fast for my liking and I don't know what the fuck they're saying. This is something that seems more appropriate for Skull Fucked or Utopia Banished, but I'll rock it. On another note... I need to pay more attention to Beach Impediment Records, they have been putting out some seriously heavy shit lately. 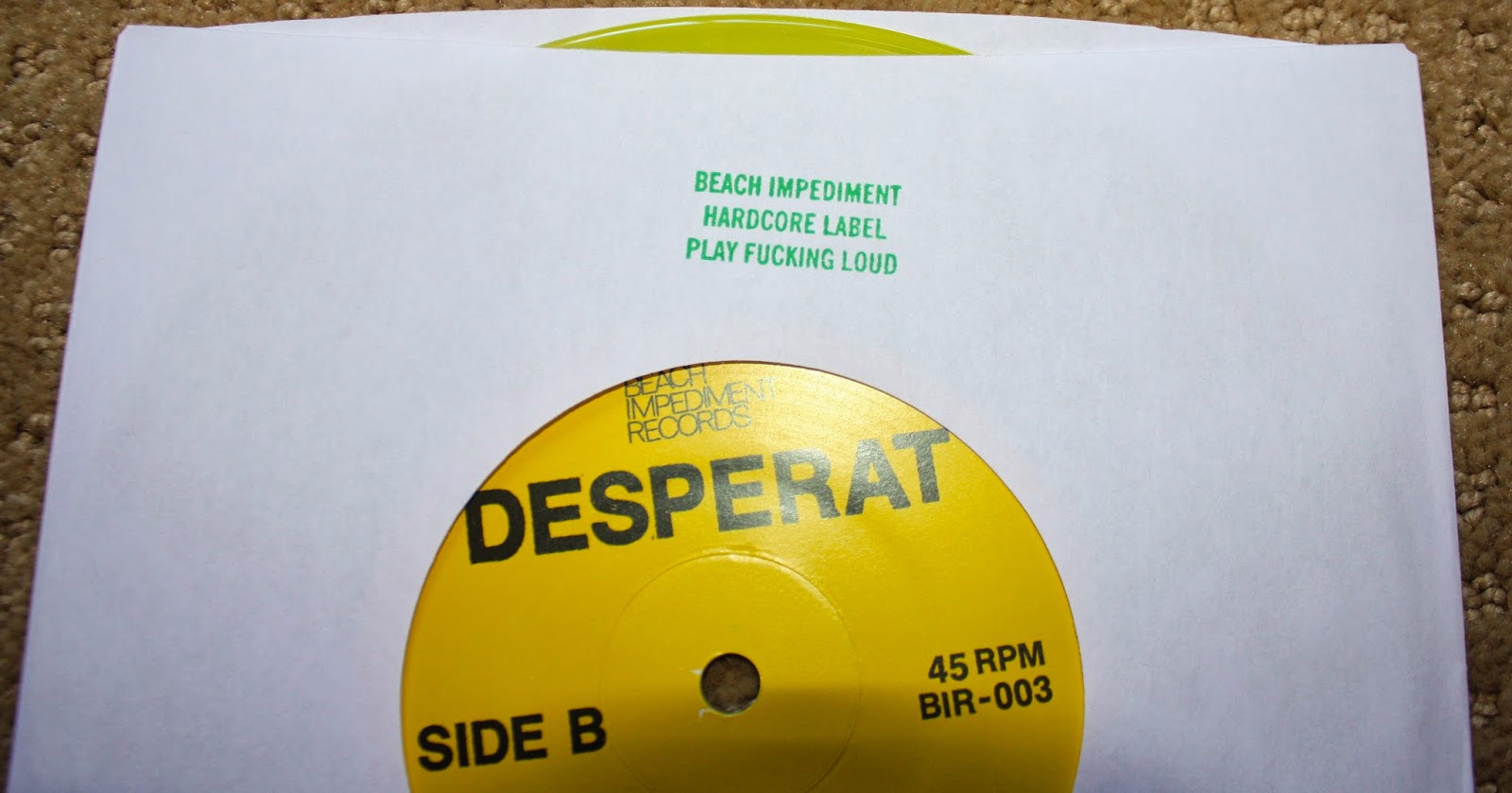 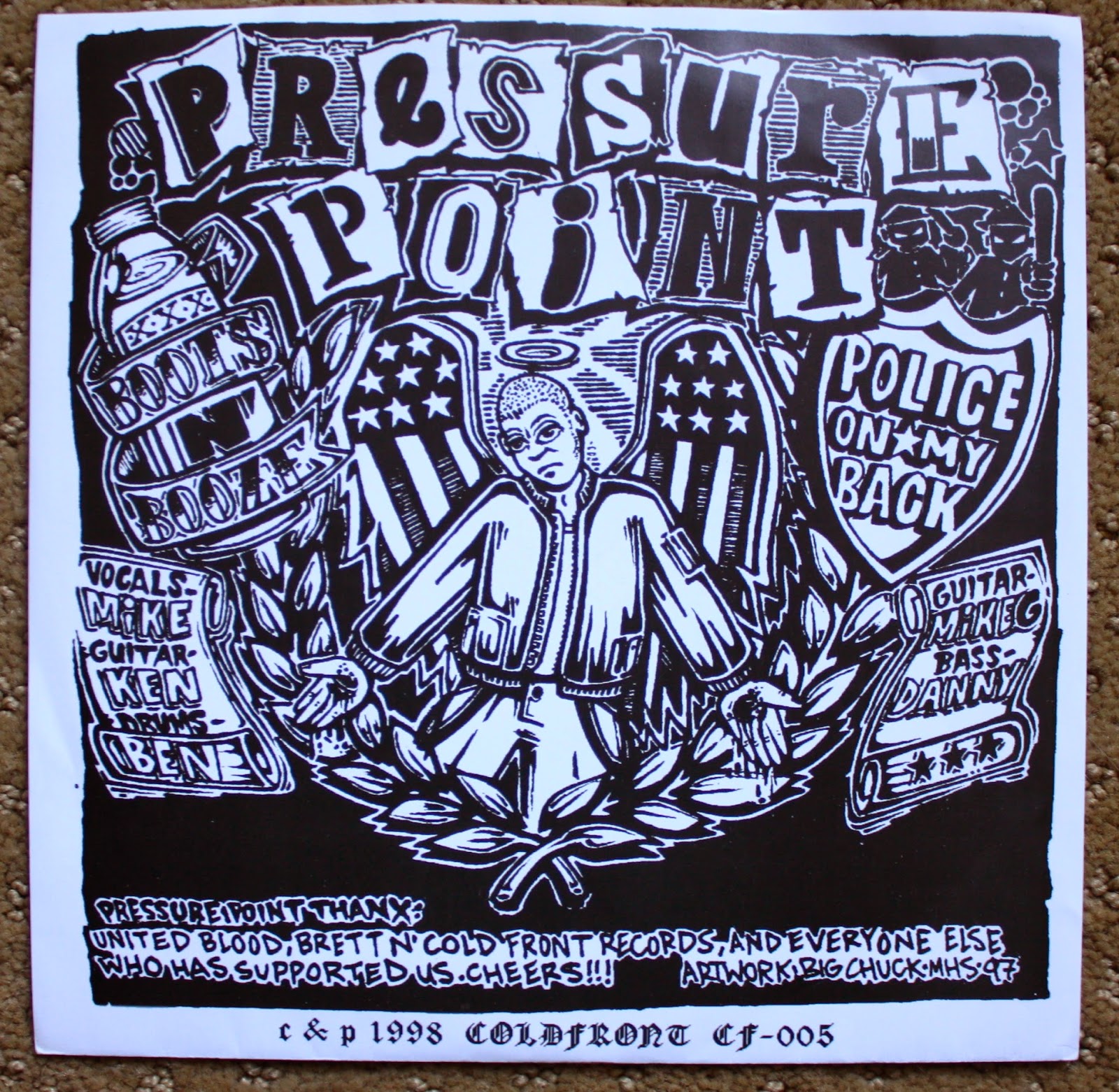 Here is one of the pieces of vinyl that I've owned the longest, and some of my most cherished pieces. When I was a kid, Sacramento's Pressure Point were my heroes. Their music really meant everything to me and they helped shape my life. I think I saw them for the first time when I was 12 years old, and being so inspired by their music and Mike's stage presence. I remember talking all kinds of shit in between songs (as he still does) to get people all pumped up. It was definitely more than alot of the punk music I was getting into at the time that didn't have a great deal to say. This split with United Blood was always one of my favorites with the original "Boots n booze" and a "Police on my back" cover. It's amazing to me that Pressure Point is still around like 20 years later, and still tearing it up. 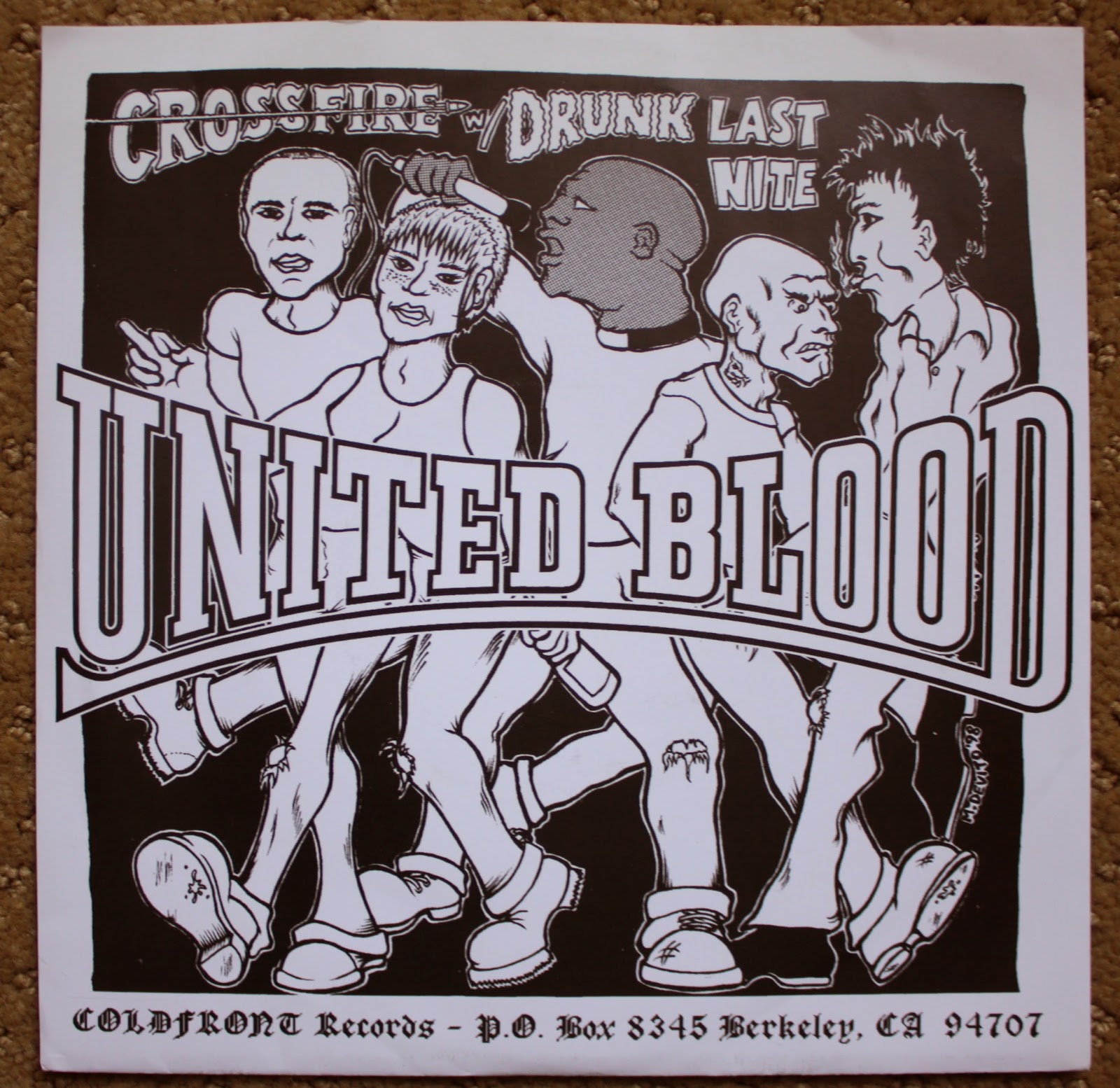 United Blood's side is classic in it's own right. The song "Crossfire" will always be a Bay Area classic. Their singer Orlando was quite the character. I remember him always wearing these little dark glasses with tiny lenses and being super loud and boisterous. He was really loud and boisterous, and if someone was watching a band up front he would go up and start grabbing you and shaking you around and shit if he was into the band. And I also remember him doing alot of pirate impressions. Does anyone know what happened to him? I know he also played sang for Intrepid AAF who ruled as well. 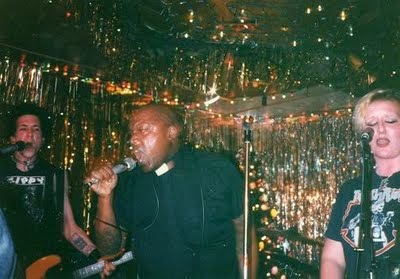 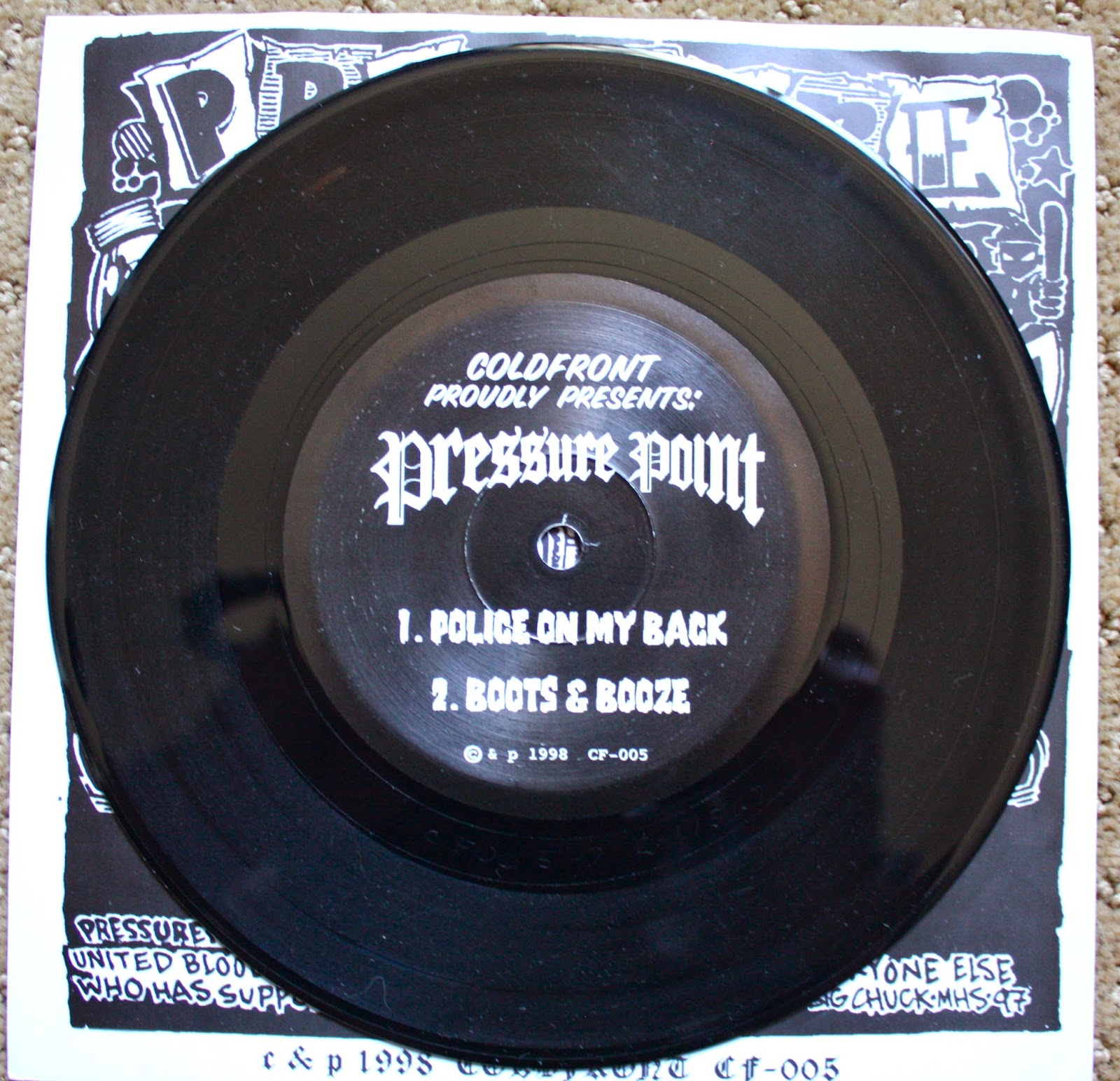 My versions on black and I don't really know if they had any other pressings. Cold Front Records 1998... Wow. Haven't heard from them in a while. 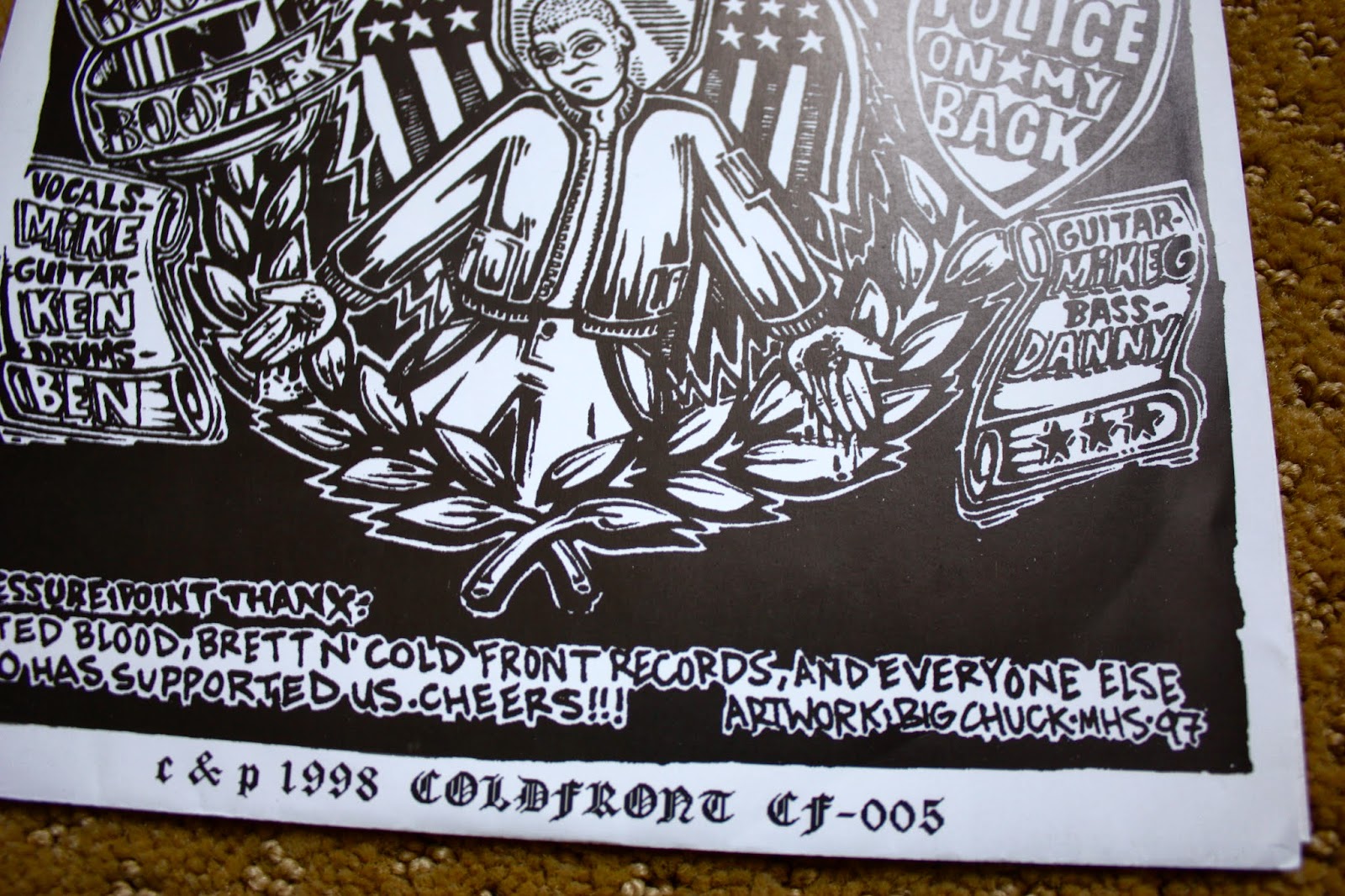 Love the Big Chuck artwork. I was tripping on the "Big Chuck MHS 97" signature. 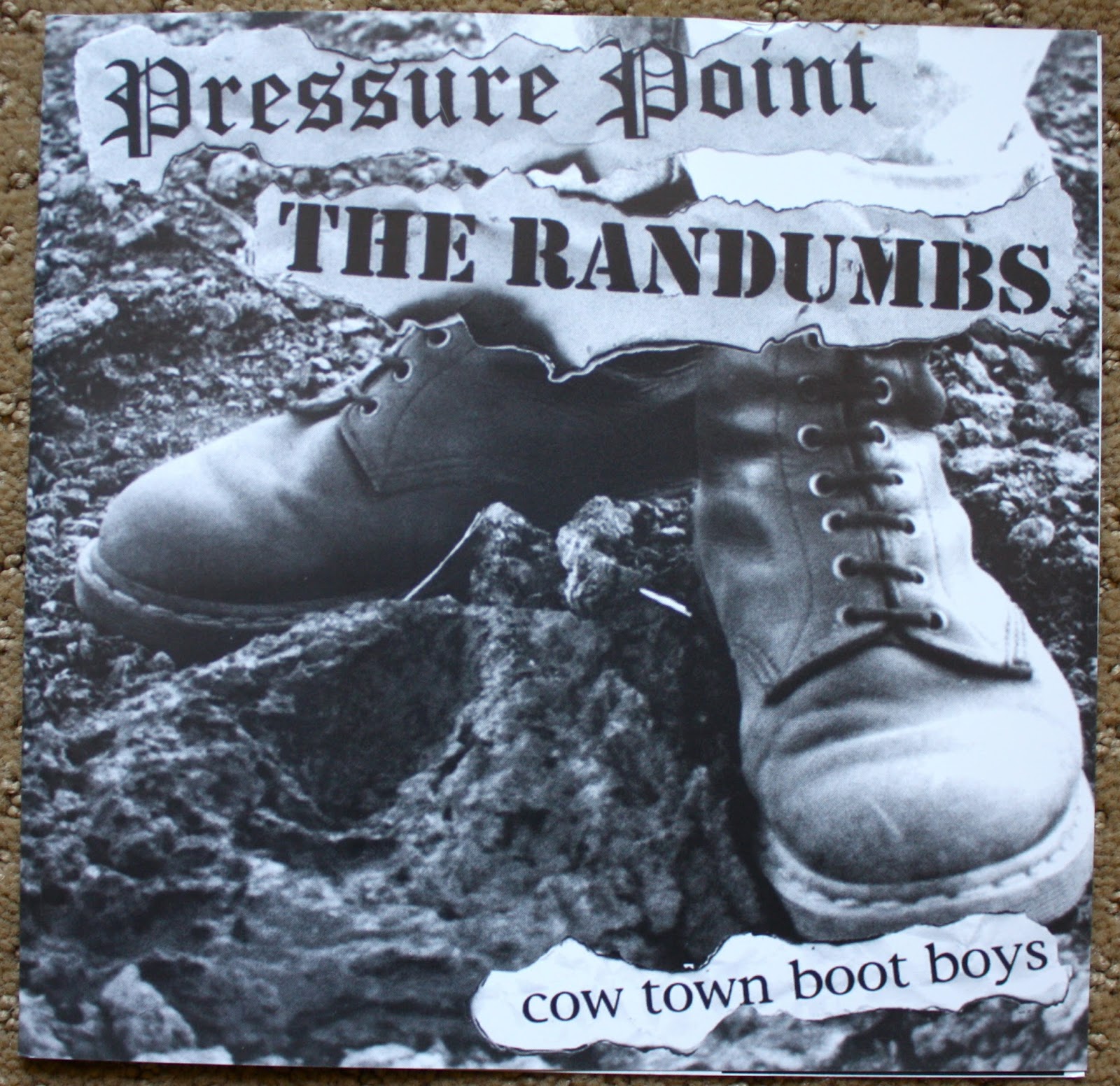 We also have the Pressure Point and The Randumbs split that came out in 1999. This is also considered an Oi! classic and a must own. The Randumbs were an awesome band that I don't think fully got their due because they were playing with so many other awesome bands at the time. There was alot of competition with that late 90's TKO Records crowd. 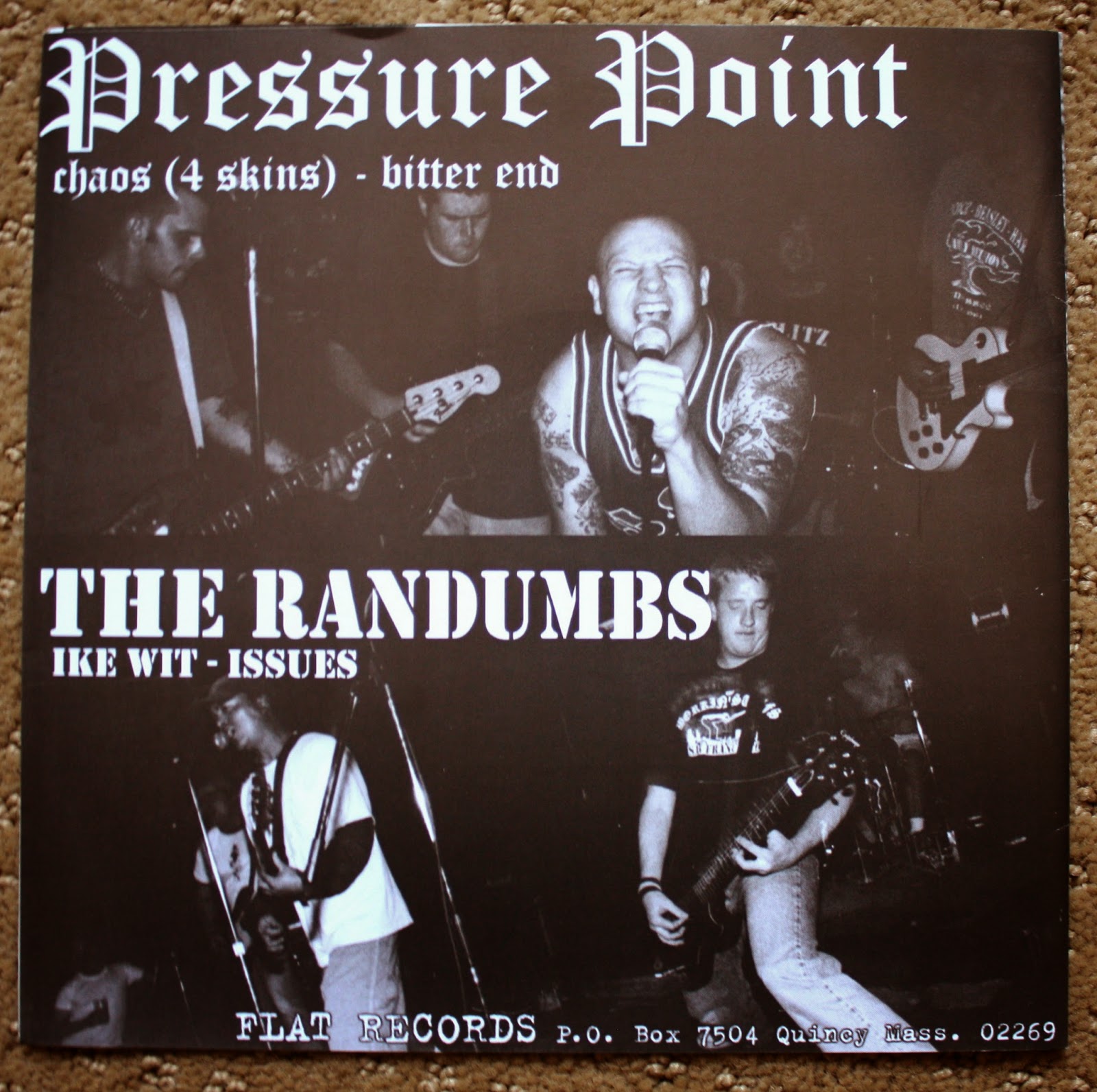 Pressure Point's "Chaos" cover was definitely the star of the show on this. 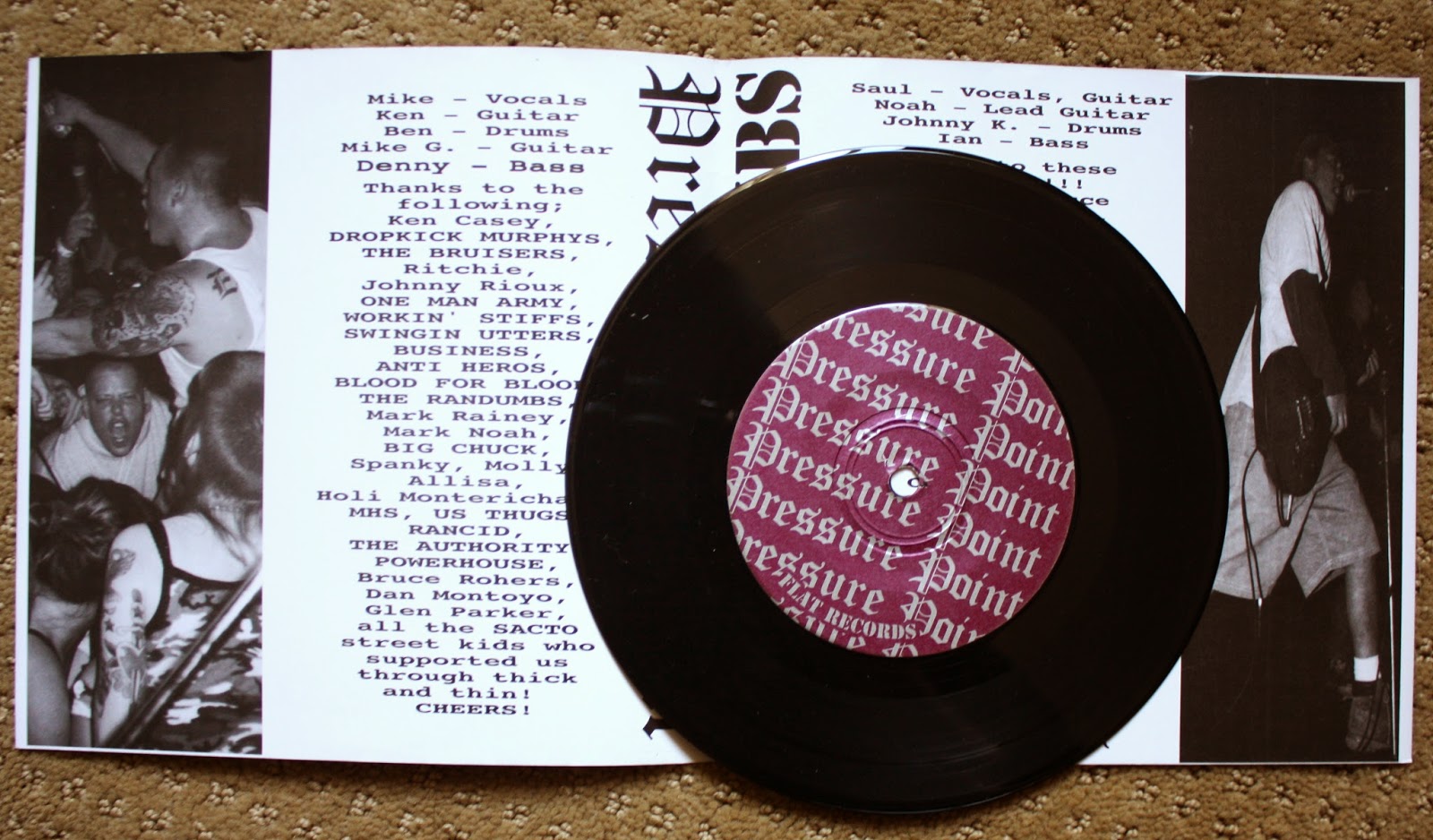 Also on black vinyl, and I don't know the pressing info on it either. All I know is that I have played the fuck out of that Chaos cover over the years, haha. I had to put it on to make sure it still plays. Posting stuff like this really makes me reminiscent and reminds me of a time in my life that is gone and will never come back. Yeah, I still get to relive that same feeling that first got me into this music all the time with all the new bands carrying it on and even the old ones that are still playing. However, I still miss the "Good old days" and everything that came with it... especially the music. 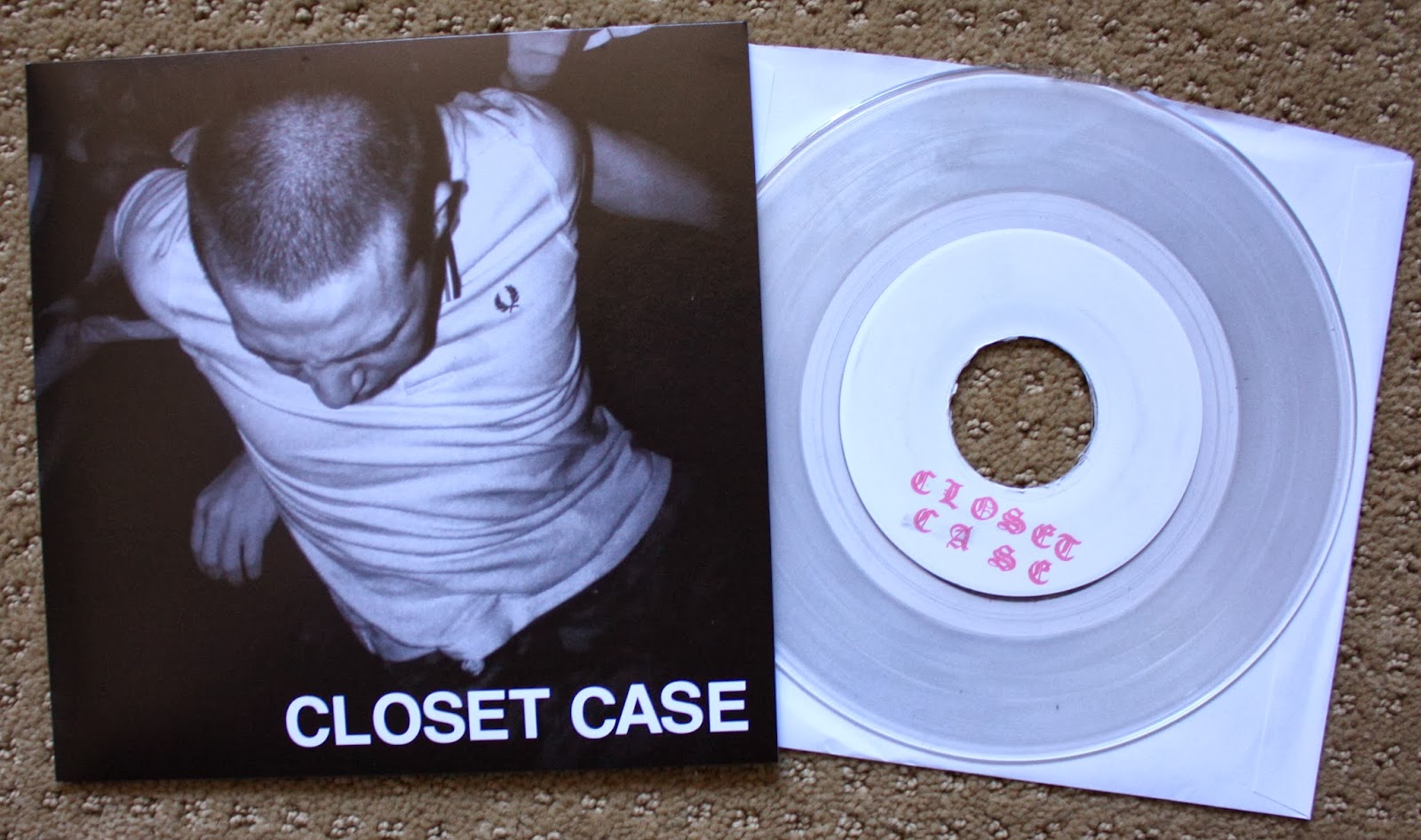 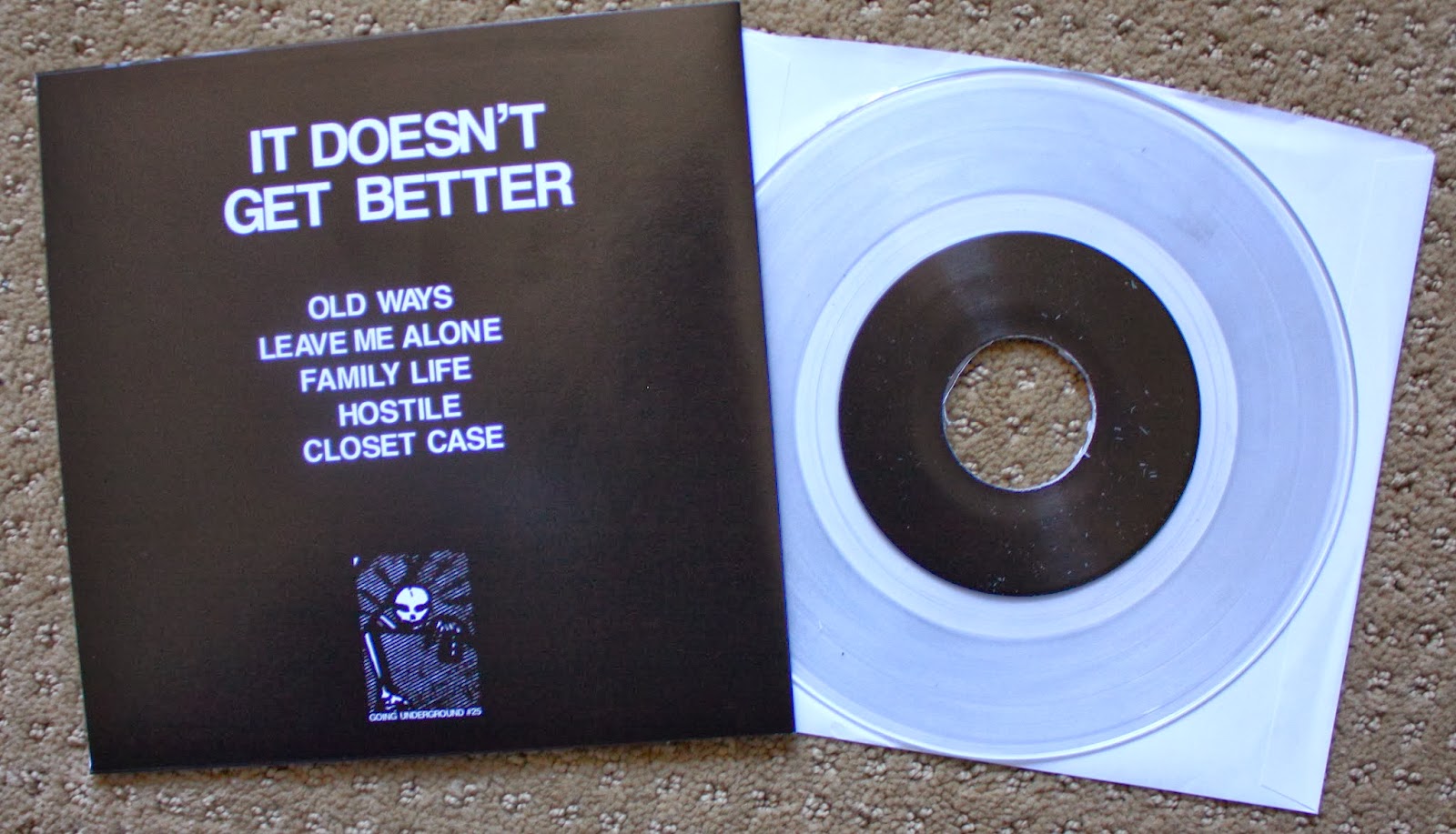 At this point when Utopia Banished recommends something, I've learned to stand up and pay attention. Months ago he posted about an Arizona band called Closet Case, and it sounded like it would be right up my alley. I went out on a limb and ordered a copy of their seven inch, and thank goodness I did. This may be one of the best releases of the entire year. This thing absolutely shreds. Closet Case is from Tempe, Arizona and this is very dark and hateful hardcore. The band seems to be pretty mysterious because I can't find much information on them. Some blogs allege that they are an all gay hardcore band. I don't really know what's going on with these dudes, all I know is that this music is incredible and you should get a copy while you still can!!!

This was the limited version on clear out of /100.