Fire & Ice - Not of This World Pre-Order 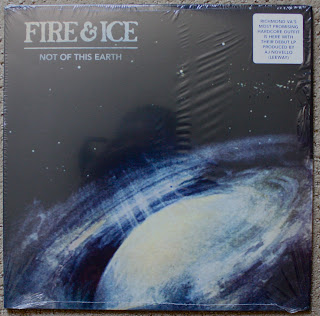 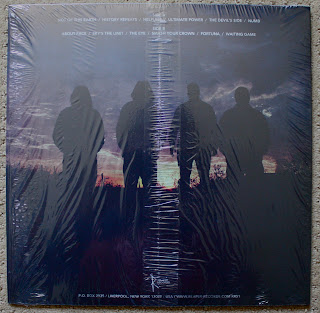 I just got in my pre ordered copy of Fire & Ice's new full length "Not of This World" on black /300. The black copies actually sold out before the pre orders even shipped, which was pretty surprising to me. Something tells me that they still have a bunch of black copies sitting around that they will put out later, but time will tell. Maybe I am just underestimating the popularity of this band. Anyways, I opted for the more limited pressing and passed on the blue (/700) and white (/1000) pressings. I truly hate it when Reaper does to most limited pressing on black, which is what they have been doing lately with most of their new releases. I miss the days when color vinyl was special. 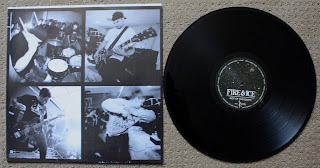 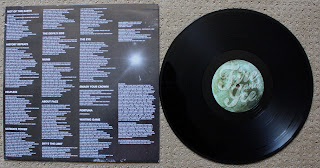 I love the cover art for this and the whole space theme, simple and eye catching. The layout is pretty well done as well, keeping it simple just like the cover art. Now I kind of regret not buying all 3 colors, since this would look so great with blue and white, but I am just not into Fire & Ice enough to buy all three. I have listened to this release a few times now and it is a solid release, but it is a bit on the generic side for me. The music is great and they even have good lyrics, but I am just not that into the singers vocals. Sometimes though releases like this grow on me, so I may be going back to get the blue and white copies after a few more spins of this thing after all.

Posted by Across Your Face at 3:48 PM