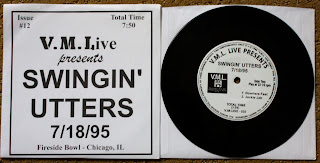 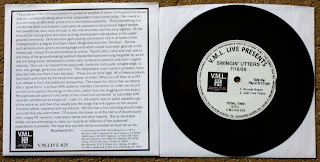 If you are a nineties punk rock kid or from Chicago then you already know what time it is with this. Basically these dudes just recorded all the big mid 90's punk bands that came through and played in Chicago and released a whole bunch of these live 7"s. All the 7"s looked the same with a simple black and white xerox cover. For a while in the early 2000's street punk revival these things were pretty sought after but like everything else street punk and Oi! it's value hasn't held up over the years. You can now find these pretty cheap. This is my favorite of the series because it's of Swingin' Utters, one of my favorite bands as a kid and they still play locally in the Bay Area on a regular basis. Check out the "97 Winter Catalog" below! 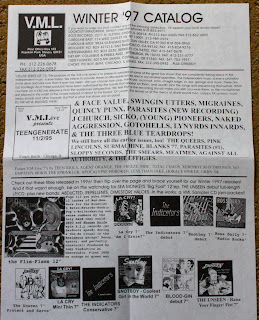 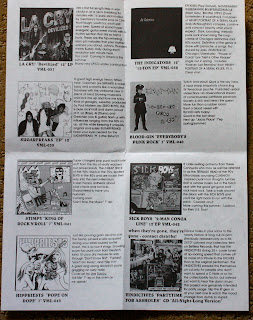 Posted by Across Your Face at 2:27 PM