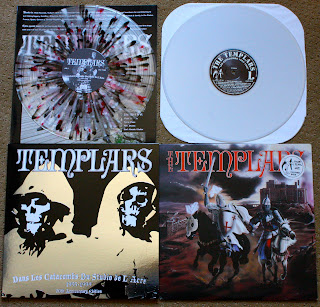 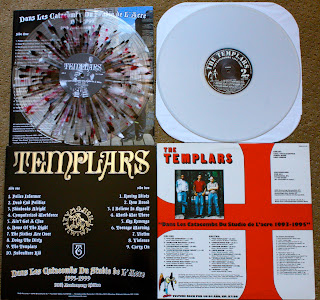 So I wanted to do something special for my 50th post. TKO Records just pressed a 20th anniversary edition of the "Dans Les Catacombs Du Studio de L'acre" LP by the Templars on limited clear/black/red/white splatter vinyl out of 200, still available if you act fast! If you like the Templars I would go ahead and grab a copy now for $15, because the merch flippers will show you no mercy. Also, since the Templars are so huge internationally you may end up having to pay $15 in shipping alone a few months from now to get it from Japan or wherever. Also, I decided to post my original copy on limited milky clear vinyl as well. This is some of my favorite Templars stuff and has some of their best songs. 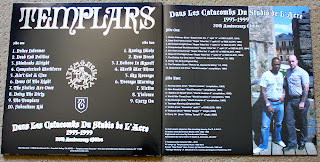 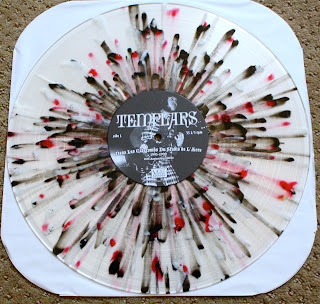 I think TKO did a fantastic job on this release. Everything looks fantastic from the tin foil pressed cover to the beautiful splatter vinyl. The picture doesn't do this release justice because it's hard to see the white splatter parts. 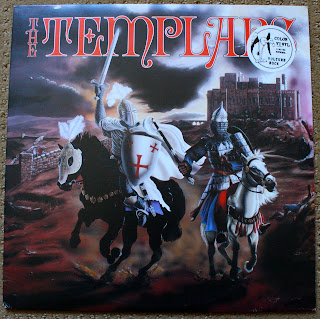 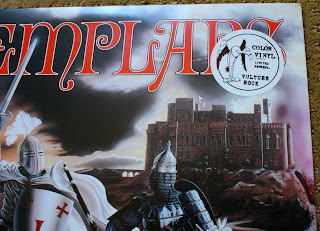 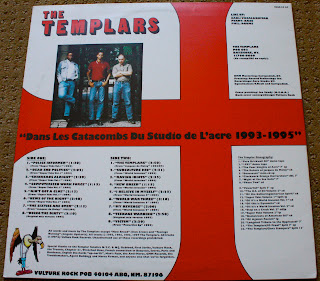 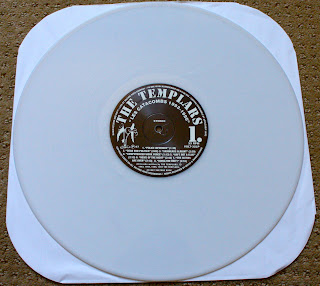 Here is one of my favorite records of my collection. I got this copy and my blue copy of Phase II (below) from an old buddy of mine named Jeff that lives in Fresno. He used to be in a band called Rockers CC and owned a label about 15 years ago called Abusive Records. In 2005 my band was playing a show in Fresno and stayed the night at his house after the show and he threw a little party for us. The next morning I was all hungover, about to drive back to the Bay Area and he asked if I bought records. I said hell yeah and he pulled out a big crate or vinyl from his bedroom of old leftover distro stuff he had. He let me pick through and buy whatever I wanted with the money I had on me. I bought these two Templars records for $10 each, an absolute steal! Needless to say, the next time we played in Fresno I brought about $200 bucks with me and went home with a nice haul of vinyl that I didn't have money for the first time around. 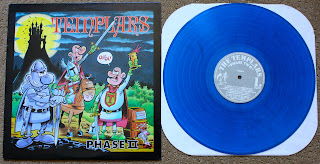 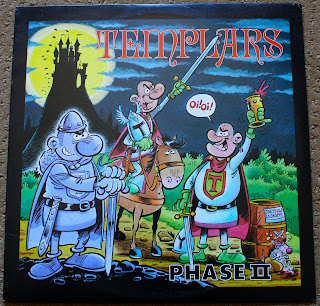 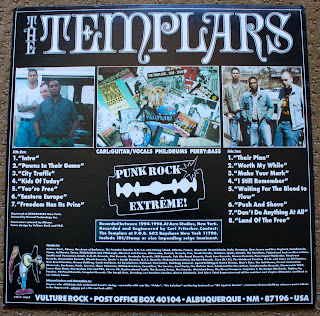 And I posted this record before but the pictures didn't do it justice so I retook the pictures and figured this would be a perfect place to repost my blue copy of Phase II. Templars Rule OK!

Posted by Across Your Face at 3:12 PM