THE BONUS ARMY, and how to run your label pt. 3

As I briefly discussed in my Plead the Fifth post, I put together a order with Arrest Records on 4th of July while they were having a sweet 25% off sale and was quite shocked at all the stuff that was included when I opened up the package. I felt lucky enough to get 25% off, but Arrest Records went above and beyond on this one! 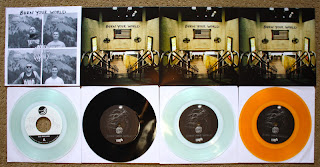 I ordered Bonus Army's "Burn Your World" 7" which just came out. It comes on Black /100, Clear /100 and Orange /100. I decided to order just the two color versions and pass on the black, but to my surprise not only did they throw in a free copy on black, but also a free test press! I mean, how cool is that? Just for no damn reason at all, even when I already got 25% off my order! 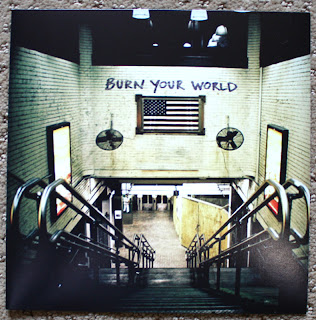 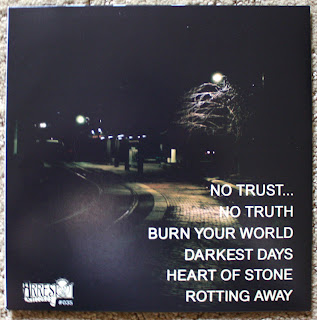 Here's the front and back. 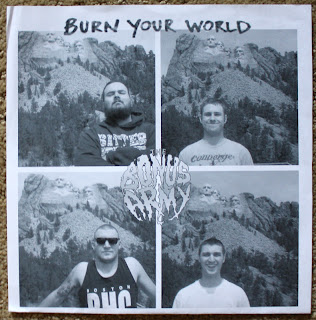 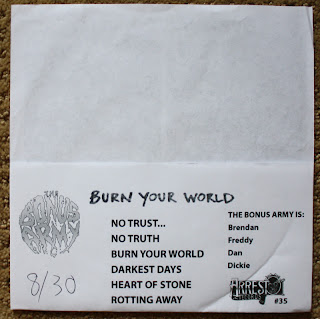 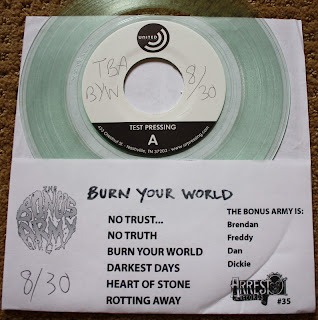 And the test press, hand numbered on the sleeve and record itself #8/30. 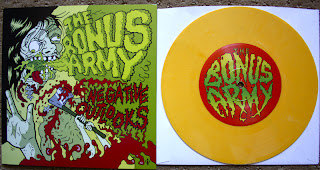 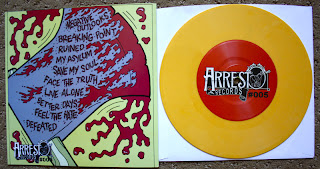 And Bonus Army's "Negative Outlooks" 7" on yellow /150. I downloaded this recently and have been totally hooked on Bonus Army. I fucking love this release. I don't know why I avoided them for so long, I just really think they have a terrible band name and the corny cover art turned me off, but once I finally gave these guys a chance and really saw what they were about, I was blown away. It amazes me that these guys aren't as big or even bigger than a band like Rival Mob. I say this because Bonus Army sounds very similar to Rival Mob but with even harder vocals. This is without a doubt an excellent release, and I'm surprised it is even still in its first press! 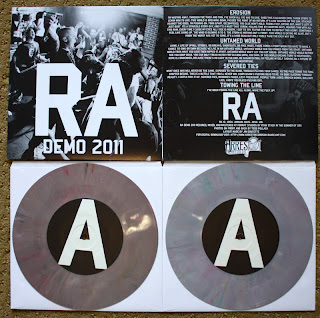 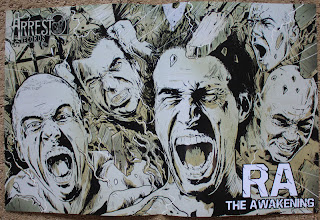 Next up was the Rude Awakening 2011 Demo. I ordered the "Gray" /56 (not really sure which one that is...) and he threw in the "Mauve" /189 as well for free! He also threw in a free poster for their Awakening 7" which is out on Triple B for the vinyl version and Arrest Records for the CD version. 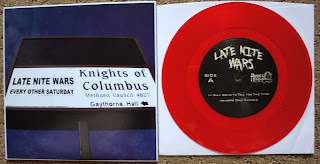 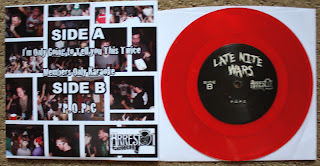 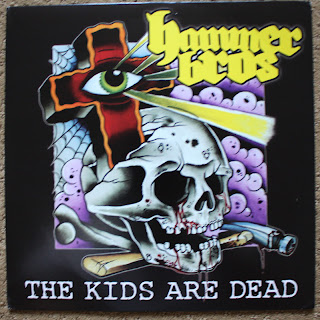 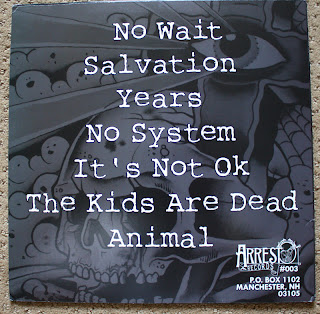 Also a free copy of Hammer Bros 12" on Black Vinyl /370. I also haven't given this one a spin yet so I can't say a whole lot on it. Either way that is (4) free 7"s, one of which was a test press and (1) free LP!  Arrest Records has pretty much ensured a loyal life long customer after this order and with amazing bands like Factory Minds, Plead the Fifth and Bonus Army on their roster there is no reason that you shouldn't check them out too!

Posted by Across Your Face at 5:31 AM