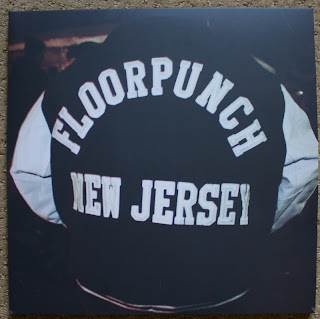 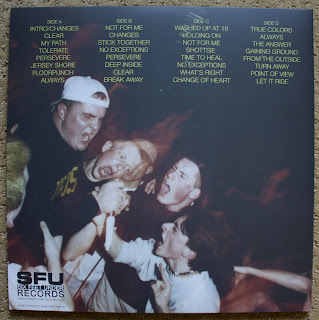 That last Judge post kind of got me in the mood for a Floorpunch post. For a long time I had a real fucked up attitude towards reissues and collections. I was really only interested in collecting the originals. A few years ago when this came out I wasn't really interested. Even though I like Floorpunch, I didn't really want a new collection of all their stuff, so I stood by and watched all the limited colors disapear like a dumbass. By the time I kind of felt like getting it, the good limited colors were gone and it was down to an incredibly ugly "Vegas Gold" out of /599 and the clear out /1009. I have never really been a big fan of clear vinyl, to it is so boring, and the Vegas Gold was just so incredibly ugly. So again, I waited. By the time I picked this up earlier this month during their 4th of July sale, of course all that was left was the clear vinyl. Whatever, atleast I got 25% off on it, bringing this to $15. 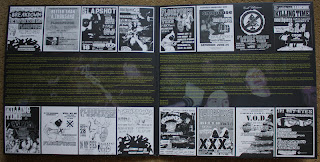 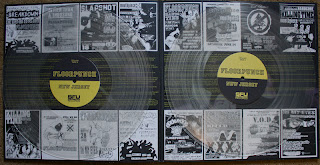 The layout is pretty simple. Gatefold with some pretty cool flyers from past shows. What more can you say about Floorpunch that hasn't been said, one of the best 90's hardcore bands period. I have been learning my lesson lately though, when something comes out or a repress of some good old classic hardcore, I'm not going to keep sleeping on it. I usually end up paying four times as much for it on ebay, anyways.
Posted by Across Your Face at 2:58 PM