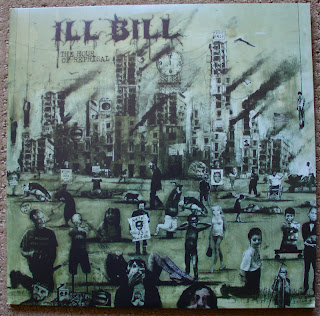 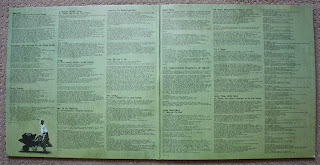 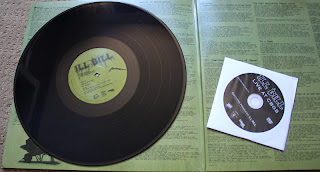 So I haven't posted a hip hop post in forever. I really haven't bought any new hip hop vinyl in forever for one big reason; they never make any limited vinyl and it is always way over priced. Why do hip hop labels feel the need to charge $20-25 plus for a new release that is just a million copies on black vinyl. If hip hop labels got with it and started doing limited releases on color and variations of covers, I think the hip hop community would get back into vinyl. I can only dream. Here is a copy that my boy Robbie got me for my birthday in 2008. It's a double LP on black vinyl, with a bonus live DVD at CBGB's. One thing that I love about Ill Bill is his appreciation for hardcore and metal. For you Slayer freaks out there, he has a song on here that is the full autobiography of Slayer in a rap song. This album isn't nearly as good as his classic "What's Wrong With Bill?" and some of the songs on this aren't very good, but it still has enough quality work on it to make the purchase worth it. 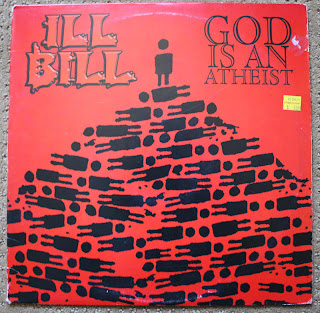 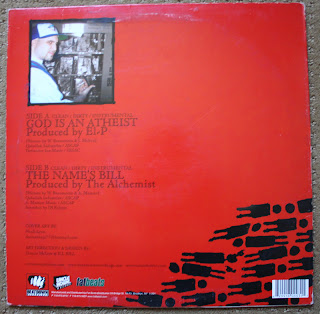 Here is an old single I've had forever too, got to love the name and artwork! Check out Ill Bill kick some SERIOUS knowledge with DJ Premier on the production for the best track from Hour of Reprisal below:

"If Jesus Christ was a person then who was Mithra, who was Krishna? Who was the first to be baptised, crucified and resurrected? Betrayed and made into a martyr for someone else's redemption. Old men start wars for young dudes to die in, Madison Avenue telling you what you should be buyin'. Religion and science always profess peace but in the end who invented the deadly war machine? SOCIETY IS BRAINWASHED."
Posted by Across Your Face at 3:49 PM