More Rev Represses (Chain of Strength & Side By Side) 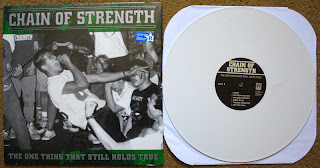 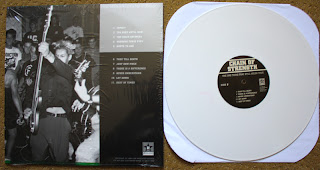 Rev just keeps pumping out the classics, with "The One Thing That Still Holds True" of /557 on white vinyl. So apparently the "Final press" on grey in 2001 of /440 was not really the final press. Surprise Surprise (sarcasm)! The white is definitely much more boring than the previous grey and green color releases of this. 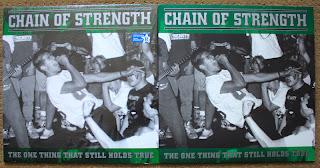 Here is it is next to a copy that I picked up around 2009. According to discogs, this was pressed in 1996 and 2001, but I really have no idea how many on black over the years. If you look at Dobek's 1996 and 2001 copies they are both similar to the newer 2012 release on the left, with the more transparent green bars on the top and bottom. If you notice on the right, the green bar is not really transparent and you can't really see the crowd through it like the one on the left, or in Dobek's pictures. So I'm guessing they changed the cover sometime in between the 2001 pressing and the most recent pressing, and then returned it to the original cover. If anyone knows the real pressing info on this release I would appreciate it! Revelation says that there were only 3023 black vinyls pressed in 1996 which I know can't be true because I have a different cover than Dobek's. 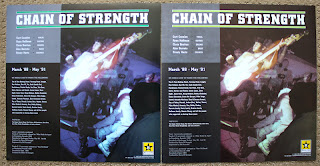 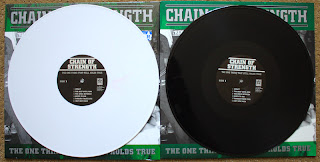 I feel very happy to have a color version of this without having to pay a bunch of money for it. 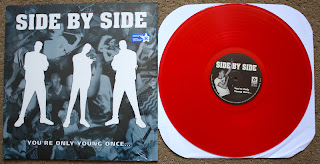 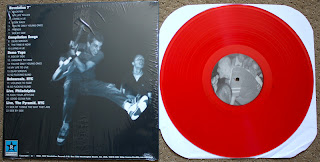 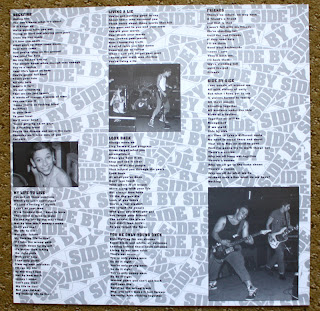 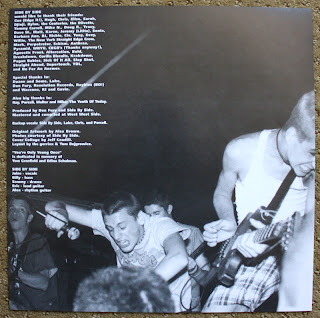 Rev also just repressed Side by Side "You're Only Young Once" on a beautiful red vinyl that looks to be exactly the same as the YOT presses in my last post. The pressing is out of /550. I'm glad they put this out on color because that original 1997 baby blue out of /100 is rather hard to get ahold of. One sold last year for $356, damn! 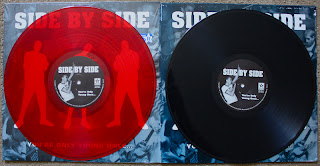 Here it is next to my old black copy. As you can see the older jacket on the right is a darker blue. The newer jacket is more gray than blue. Stoked on Rev repressing all these heavy hitters lately, and I know that Bringin' it Down has got to be coming up soon. I can only hope! Keep 'em coming Rev!

Email ThisBlogThis!Share to TwitterShare to FacebookShare to Pinterest
Labels: Chain of Strength, Hardcore, Revelation, Side by Side