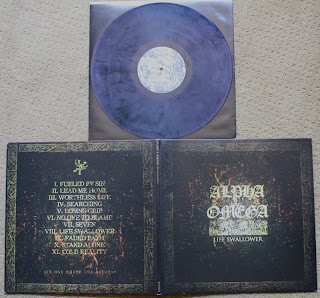 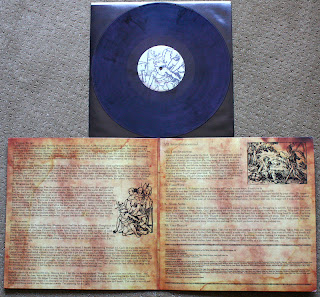 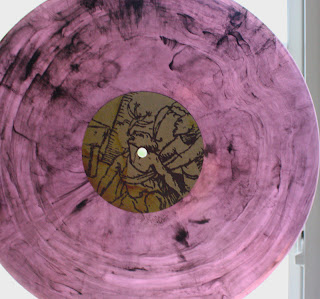 As I keep going through my old inventory of photos, I came across the pics of my Alpha Omega "Life Swallower" LP. This was the most generic press of /600 on Purple smoke. It also had /100 on orange and /300 on green. I actually had downloaded this a while back and wasn't too impressed with it after a few listens. It is definitely more metal than hardcore. I ended up catching them live earlier this year though and was really impressed though and picked this LP up at the show. Alpha Omega is way better live than on their recordings. Now that I have seen them live though, this album has grown on me more. As far as the layout goes, I absolutely hate the lay out. Talk about a major snooze fest. Atleast they made up for it with this amazing looking purple and black "splatter" vinyl (which is really a smoke, or swirl maybe, but definitely not splatter as 6131 claims). This is a solid release worth checking out.

Posted by Across Your Face at 3:20 PM