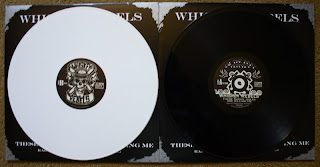 Recently I heard that Oi! the Boat Records was pressing a Whiskey Rebels collection of unreleased tracks and I was all over it, and I quickly ordered both copies of White on /220 and Black on /330. Whiskey Rebels always has been and always will be one of my favorite bands. Whiskey Rebels are one of the best bands to ever play punk rock in California, period. Them and Pressure Point really put Sacramento and Northern California on the map as far as Punk and Oi! goes. What makes them so special is their versatility. They could play at almost any show with damn near any genre (hardcore, punk, Oi!, whatever) and blow the crowd away because they played such a wide variety of styles. Some of their songs are so hard that hardcore bands that specialize in hardcore can't even touch them, then they can throw you off with a sing along punk/Oi! anthem too. As with most bands, the front man makes all the difference, and Big Chuck is one of the best. As far as excellent vocals that can pretty much sing any style, but also being able to write some of the best lyrics, you just can't fuck with him. 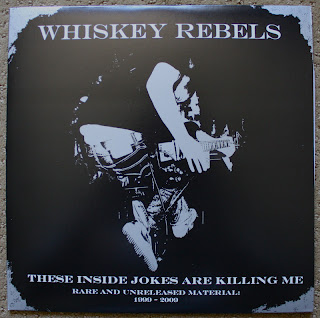 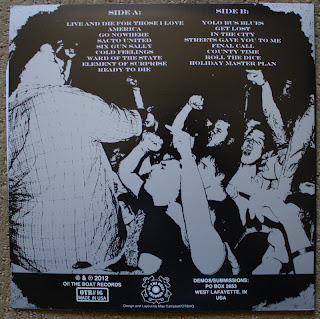 This release has some stuff I didn't even know existed on it (a Reagan Youth, Social Distortion and The Jam cover), some unreleased songs I've never heard that were supposed to be on releases or compilations that never came out, and also some tracks that were on their first album but earlier recordings of them. As far as the layout on this goes, I'm really surprised they didn't just have Chuck draw something for it since his artwork is fucking sick. I have a bunch of Chuck's paintings that I was going to put in this post, but I decided to post it later with some of their other vinyl that I have. 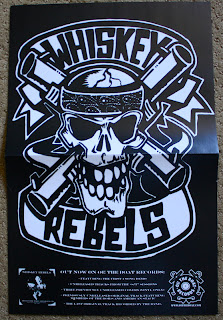 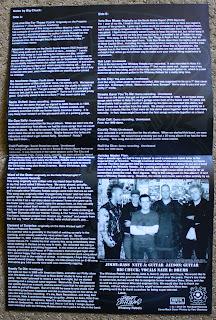 The poster includes some pretty good stories behind some of these recordings. One of my favorite tracks on this release ("Ready to Die") I had never heard live and never knew existed. The story goes that the Whiskey Rebels and American Static were on tour and playing in Philadelphia with The Boils. Apparently they partied and recorded this track all night long after playing a show that night, featuring all three vocalists and the singer from the Boils was all sick from drinking too much but he was still able to wake up and do his vocal part. 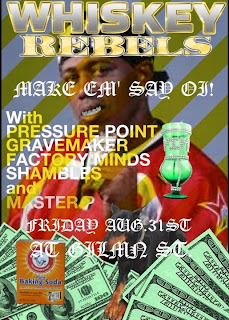 So the Whiskey Rebels haven't played in a few years and are having a couple last shows later this month. Without a doubt this is going to be the highlight of my entire summer. At the same time it will be very bitter sweet seeing one of my favorite bands ever call it quits. Whiskey Rebels were a huge influence on my life and I have nothing but great memories of them since my old band used to play with them so much. All around really great guys and a great band. I wish they could play forever but I'm glad they're atleast doing a proper last show.

Here is some footage from 2007 of them, since they were pretty much playing before the smart phone era there is only a couple videos of them on youtube, but I'm sure after this last show there will be plenty.

Posted by Across Your Face at 2:58 PM