BREAK AWAY - For Life 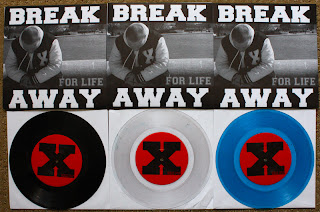 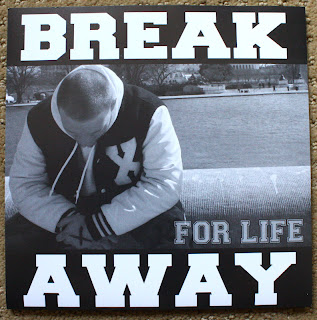 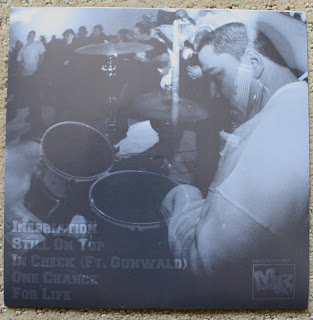 Here is another super solid young youth crew band. Here's my copies of Break Away - For Life. I ordered this one based solely off the cover art (have you noticed I do that alot?) Sometimes listening to bands first just ruins the surprise. This one is on Mind Rot records and the pressing info is Blue /89, Clear /171, Black /225. Totaling out to a kind of cooky 485? What happened to those other 15 copies... it leads me to believe there is a mysterious other version, or most likely 15 were used for a band only release, or a record release? If someone could clarify that would be sweet. And if there is a version out there that's /15, I'm all over that if it makes it to ebay. I was impressed by this thing though, and just from looking at the cover art you can pretty much figure out it's going to be no nonsense straight edge hardcore. Another band great young band to keep my eye on, and with them about to play at Sound and Fury festival I would suggest picking up your copies of this release now, don't fall prey to merch flippers.

Posted by Across Your Face at 1:33 PM