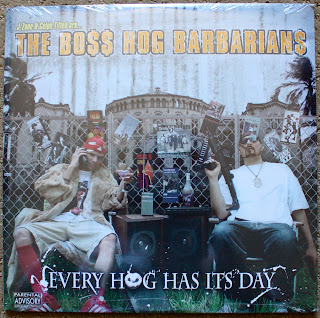 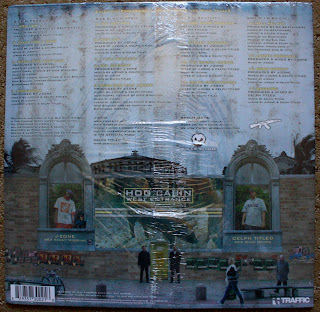 Don't let the ridiculously tacky cover art fool you, this is a really good album. Florida's CELPH TITLED and New York producer and rapper J-ZONE teamed up for this 2006 album as the Boss Hogg Barbarians. I actually purchased the record seen above from my local store the day that it got released. The store hadn't even put them out and put the price stickers on them yet! I still haven't opened it, because I had already downloaded the album before it came out. The cover art is some of the worst I have ever seen, but I love this album. It is very light hearted with alot of funky ass beats and funny lyrics with excellent metaphors, punch lines and rhyme schemes. Celph Titled is truly a beast on the microphone. Nothing about this album is really serious, it's almost like it's meant to be a really well produced joke album. If you have a good sense of humor and like hip hop, then I would check this out. I just hope you're not offended easily. 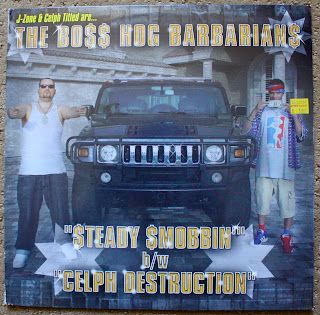 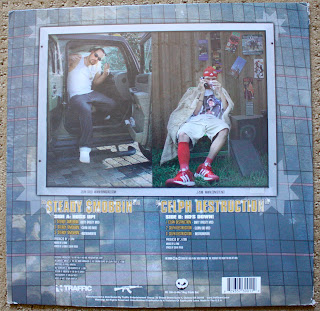 Here's a single from the album with one of my favorite songs from the album "Celph Destruction" on it. Check it out below, Celph Titled goes on for almost 3 minutes using the same rhyme scheme. The end of every sentence is a word that rhymes with "ooey" of some sort. I've never really seen that done on a song, and it's just basically Celph Titled showing off what a lyrical genius he is. You just have to check it out below to understand what I'm talking about, and I bet you didn't know that many words rhymed together!

And one last song that is called "The Weight Debate", the rappers are going back and forth arguing about a girl. J-Zone is saying she's way too fat and he's basically dumping her, and then Celph Titled is talking to her about how much he loves fat girls and he's basically trying to take J-Zone's woman. It's a funny ass song so check it out!

Posted by Across Your Face at 2:45 PM