BOSTON STRANGLER, and how to run your label pt. 2 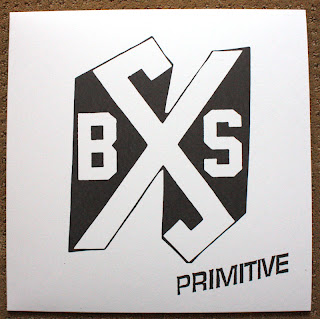 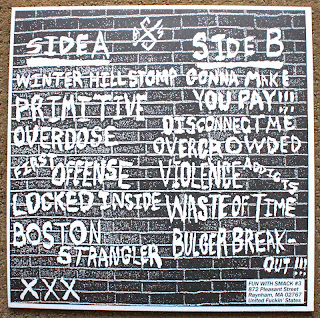 It's impossible to keep up with all the sick new hardcore bands these days. Unless you are just constantly trolling message boards, and have unlimited amounts of money sitting around to spend on vinyl, you are going to miss out on some shit. That's just the way it is. I was late to the Boston Strangler hype fest and by the time I caught on and gave these guys a listen, these records were going for $50 on ebay, with their shirts going for even more. I thought to myself, NO WAY am I going to pay that much for a record that just came out with hundreds of copies on black. I mean, maybe on a limited color I might be able to justify it, but as far as I know they only pressed this on black. So, I'll wait. I know it will pop up somewhere eventually right? Fast forward a few months... 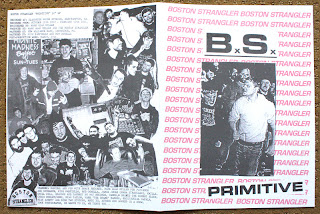 Time goes by and every time it pops up in a distro, I miss out on it. I just couldn't keep up, it was starting to become an obsession that I had to have and I was growing weaker by the day, getting ready to fork up the big bucks on ebay. But my internal cheapness told me to hold out, just a little bit longer. I even decided to make a facebook just to follow bands/labels so I wouldn't miss out on other limited vinyl. And from the amount of limited shit I've gotten since I did, I should have done that along time ago, I don't know what the hell I was thinking! So one day on facebook I see Grave Mistake posted that they put up 15 new copies of Primitive. Yes! Finally! I head over and it is gone. Fifteen copies sold out in under a half hour. Are you fucking kidding me? I figured I would email Alex in a last ditch effort to acquire this thing. Now, I have been a pretty loyal Grave Mistake customer for a while now, but still what Alex did fucking ruled. He says "Don't even trip, I got you" and sent me his pressing from the first batch that he got, and told me he'd get one some other time. How awesome is that? 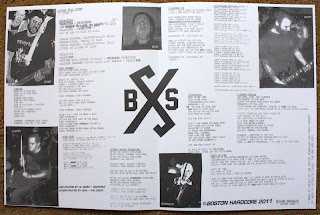 So all you other label owners take note. Not only does Grave Mistake have some of the best bands and music out of any label today, but Alex treats people right and keeps them coming back. I don't think I've ever received a Grave Mistake order without all kinds of free shit. Plus, they have the cheapest shipping of any east coast label to the west coast. On several occasions, he has even refunded me a couple dollars because the shipping was too much. Wow. Also, when you get a shipment from them you know it's going to be packed to withstand a nuclear blast. I have never received a damaged record from them. As far as this record goes? Yes, it is an excellent record. Is it deserving of all the hype it's gotten? Yes, it does. But that doesn't change my opinion that there are other records with that similar style that are just as deserving of all the hype, like the record above and some of the other bands I mentioned. Either way, Grave Mistake rules OK!

Posted by Across Your Face at 3:52 PM

Email ThisBlogThis!Share to TwitterShare to FacebookShare to Pinterest
Labels: Boston Strangler, Grave Mistake Records, Hardcore, How To Run Your Label