My favorite record of the last year is... 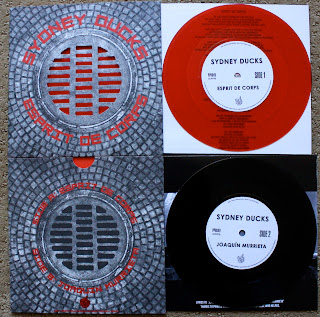 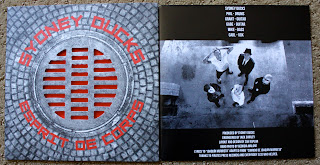 Most of you reading this are going to completely disagree, because I know that most of you don't like Oi!, but it is what it is. These technically came out in 2011, but I'm going to make a bold statement that these are the best two records I have bought in the last year or so (as far as new releases go, that is). I first bought this when I saw the Sydney Ducks for the first time last December with the Beltones in San Francisco. Oi! is one of my favorite styles of music and when done right can be incredible, but it's no secret that Oi! can also be the worst, most generic music there is. I usually prefer a mix of more hardcore and Oi. Anyways, when I seen these guys getting ready to take the stage I wasn't expecting much. They were all sussed out with boots and braces, Fred Perrys, Pea coats and the whole nine yards, so I was pretty much just expecting your typical generic Oi! But once they started playing I was completely blown away. I felt like they had the best set of the night, which is saying alot considering they played with possibly my favorite band of all time which is the Beltones. I just got this feeling watching them that I was witnessing something truly special. They played with passion and a purpose, and you could tell they really believed in their music and that resonated with the crowd. I'm going to go ahead and make another bold statement that Sydney Ducks is the best American Oi! band to come out in the last ten years. If you know of a better more recent Oi! band then please let me know! 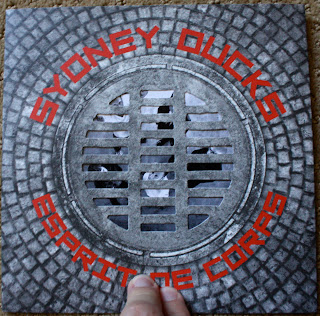 I got the first pressing on black at the show, and I'm not sure how many were pressed. According to the internet the black vinyl never existed at all, so maybe it is super limited? This was repressed on red (/500) and white (/500) which I still need to get. This also has an amazing design, with the band looking up at you through the gutter. I think this release which is their newest is probably their best work so far. This release has my favorite song on it which is on the b-side called "Joaquin Murrieta" which is a remake of a Spanish folk song. 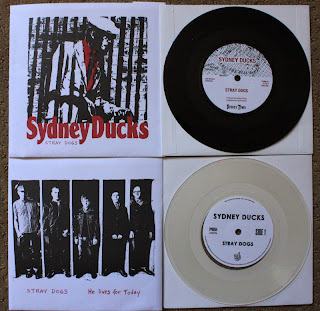 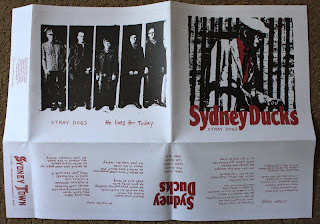 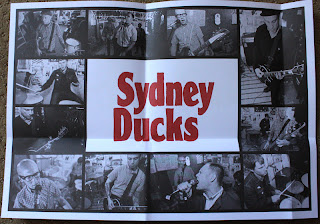 Next up is their first 7" which I also got on black vinyl at the show. The first pressing on black which they put out independently on "Sydney Town Records" is OOP and I'm not sure of the pressing info on it. Pirates Press Records has done a 2nd pressing on clear (/250), which has the same exact sleeve as the first pressing. The Pirates Press layout also has the "Sydney Town" logo on it, so the only difference is the vinyl itself. You can see the first and second pressings have different layouts on the actual record. Below is a track from this record, "Stray Dogs".  I would HIGHLY suggest picking these up now if you are into Oi! before the rest of the world catches on to these guys. Even if you aren't into Oi!, this is just incredible music and it's worth it to add to your collection before these guys blow the fuck up!

"You can find him, where the stray dogs sleep"

Posted by Across Your Face at 3:31 PM