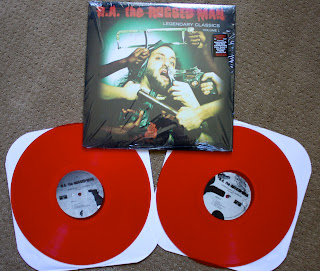 On 3/7/12 I posted only my third blog post onto this here blog. That post happened to be a post about R.A. The Rugged Man. That right there should show you that R.A. is one of my favorite rappers of all time.  In 2009, R.A. released this compilation of a bunch of unreleased songs or songs he had done with other rappers. This compilation has some of his early 90's work all the way up to some 2009 stuff. This thing has so many classics on it that it's silly. He has one of his first songs ever, Cunt renaissance with Notorious BIG, tracks with Mobb Deep, Kool G Rap, and alot more. He also has his track with Jedi Mind Tricks named "Uncommon Valor" which many hip hop aficionados claim to be one of the best verses in recent years. RA's verse on that track actually won several awards in 2006 for Verse of the Year in different hip hop magazines and websites.

In 2009 I don't even think they released this on vinyl, and if they did I never heard about it or saw it anywhere. Anyways, when I heard they were going to put it out on vinyl this year with some limited copies on red vinyl, I was all over that shit. 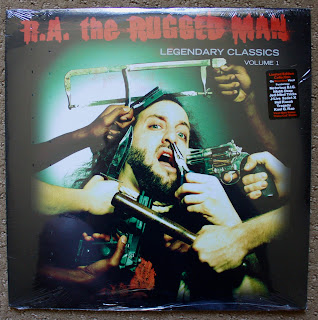 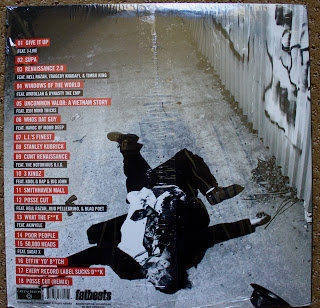 Apparently everyone is trying to kill poor R.A. I love the artwork on this album. 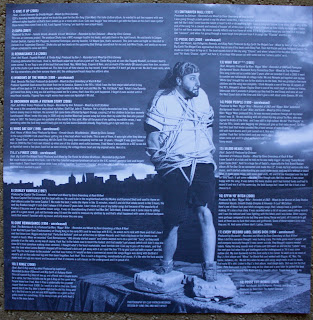 Concrete shoes baby! The theme continues. So far this year, R.A.'s new album "Legends Never Die" is  running off with my "Album of the Year" award. I don't know if any album, hardcore, punk, rap whatever can beat it. Check out one of my favorite tracks from this release, "Supa" below:

Whether you like rap or not, you cannot deny this man's skill. Rugged Man was even one of Biggie Smalls favorites.

Posted by Across Your Face at 9:32 AM