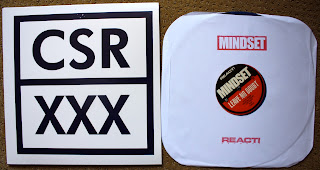 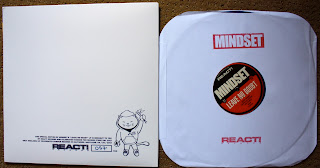 After record store day, Mindset put up their RSD version of Leave No Doubt limited out of /100 on their big cartel store. They announced it a few days before on facebook and set the specific time. I was at work that day, so I set an alarm and basically went on break to go sit by my phone for them to post it. They ended up posting it almost 20 minutes later, and I sat there for 20 minutes hitting "refresh" every 2 seconds on my phone. That was alot of work, but luckily I snagged one because these all sold out in just a few minutes. By the time I added it to my cart, paid for it, and then returned to the page to see if any were left they were already sold out. Couldn't have been more than 60 seconds. 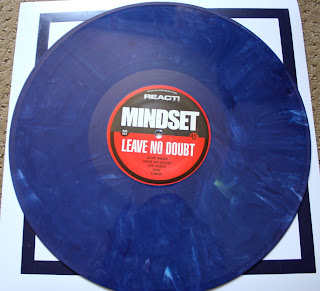 It was supposed to be on purple, but mine looks almost identical to my blue copy. They should have named it "barely purple". My guess is that these were meant to be blue copies but some of them got mixed a little different and came out different, so they decided to make a special cover for them. 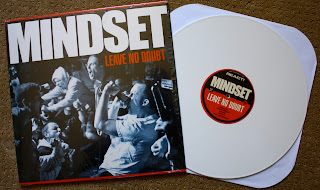 I posted all my pre order copies of this album with a more in depth review when it came out which you can see here. However, back in March I was able to see Mindset live on their California tour at the Gilman and score a copy of Leave No Doubt on white /100. As far as I know, so far only one of these has made it to ebay so far and it went for a pretty penny. Since these all sold on tour and never made it online for sale, time will tell if this becomes one of the more elusive copies to find of this album (even more so than the RSD pressing that is). 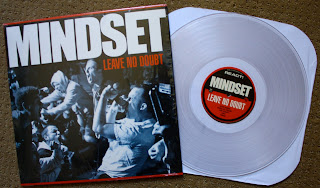 Then, in April I saw React! was selling left overs of their Euro tour press on Clear vinyl out of /300. I had to snag one of them as well. 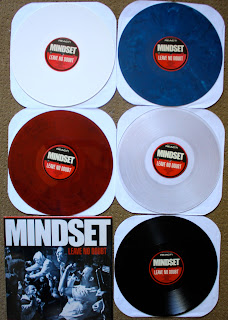 Literally about a week before I ordered their RSD copy on purple, I took a group picture of what I thought would be the end of my Leave No Doubt collection, which is all "regular" pressings (no test pressings, record releases, special covers, etc). This is nowhere near the behemoth collection that Mike has got going on, but I am pretty happy with mine. Now I feel bad about being too lazy to drag all these records out again to take a picture with the RSD purple copy, but whatever.

Pressing info: There have been multiple versions of the pressing info released, but it goes something like this:

If someone from React would like to clarify once and for all the pressing numbers on this in the comments, please do so! :)

Posted by Across Your Face at 9:20 AM