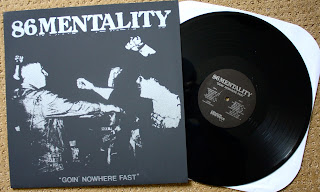 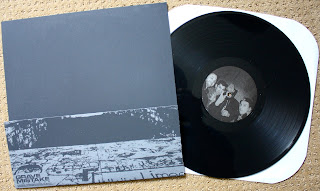 For those of you that were lucky enough to go to the Damaged City fest, I am extremely jealous. It was probably the best festival this year, maybe even better than Black n Blue in New York. I have been anxiously waiting for Grave Mistake to release 86 Mentality's collection "Nowhere Fast" on vinyl for well over a year now. I feel extremely lucky that someone was looking out for me with some of these Damaged City pressings, and this is the crown jewel of them all. 86 Mentality is one of my favorite bands ever, yes ever, and in my opinion the best band to come out in the 2000's. Their signature style of Oi/Hardcore is becoming super popular now with the rise of bands like Boston Strangler, Violent Reaction, Vacant State, Violent Future, and the list goes on... I know that kind of style has been around for years with bands like Life's Blood and Slapshot, but to me 86 Mentality took it to a whole new level.

I was lucky enough to see 86 Mentality in the Bay Area when they came out here in 2007. They played two shows, one at the Burnt Ramen in Richmond and one at the Gilman in Berkeley. The Burnt Ramen show (as usual) was off the fucking hook. For those of you straight edgers, you would probably hate the Burnt Ramen. It is almost like something out of a movie, a little shitty warehouse in the middle of the ghetto. Sometimes local crackheads will sneak in to smoke some crack and check out a few bands. Every where you look there are beers flying around and cigarette smoke filling the air. Hearing gun shots pop off in the surrounding neighborhood or seeing fights during most the shows there is nothing out of the usual. Needless to say, it makes for quite a punk show atmosphere, and has made the Burnt Ramen one of the most legendary and wild venues on the West Coast.

Anyways, seeing 86 Mentality at the Burnt Ramen is still one of the most memorable shows I have been to in my entire life. I wish I could have video footage of it. 86 Mentality played and alot of the Bay Area kids had no idea who they were, but after their intro and "Life Trap", the entire place erupted and was going insane. The next day they played at the Gilman and I was all hungover, and the show just kind of sucked compared to the Ramen show. The Gilman has a shit load of rules and security, and that show just couldn't get close to the energy and excitement of that classic Burnt Ramen show. I'm sure if you asked one of the members of this band about playing at the Burnt Ramen, they would tell you the same thing. 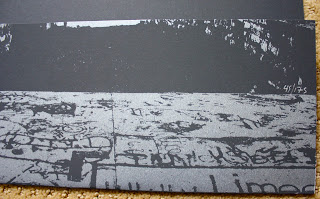 I cannot wait for the regular pressing of this to come out, and I'll make sure to buy it quick because I'm sure whatever color it is pressed on will sell out fast. This version was made strictly for the festival and is on screen pressed card stock, hand numbered #45/175. 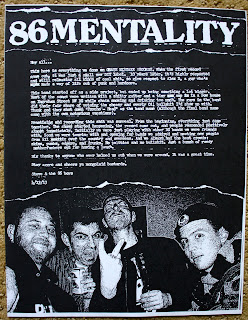 A cool little insert that came with the release, that kind of tells their story a little bit. Check out the footage from Damaged City fest below where they played a surprise reunion set: