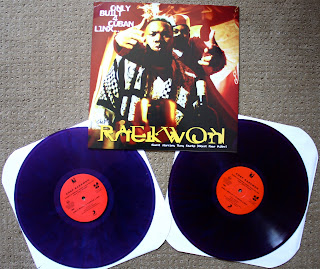 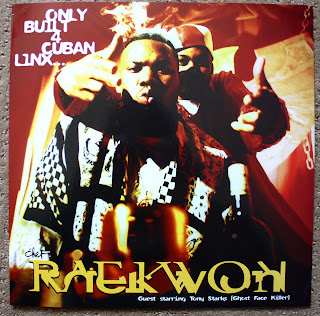 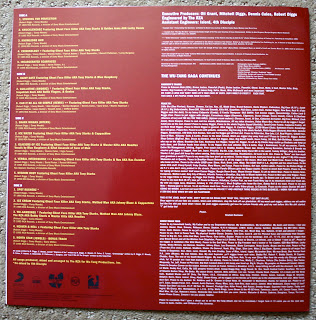 Recently a color repress came out of one of my all time favorite albums (of any genre), "Only Built 4 Cuban Linx" by Raekwon the Chef. I have never owned this on vinyl and I have been jamming this album hard since I was about 12 years old, so I was thrilled when I saw this while shopping around on Fat beats.

As I said in my Liquid Swords post, this is the best of all the Wu Tang Clan solo projects and in my opinion is better than anything Wu Tang put out as a group (yes, including 36 Chambers...). I know a majority of the people that follow my blog are into hardcore and punk rock, but if you haven't heard this album then you are seriously missing out. This is one of the most influential and classic rap albums ever made, and there's really nothing else I can say about it. From top to bottom some of the hardest lyrics and beats to ever make their way on wax. There is no happy "in the club" bullshit anywhere to be seen on this. It is dark as fuck. You will not hear any of these songs being played out of a strip club, these are more tracks you would hear bumping out of a '89 Cutlass about to do a drive by. Comparing this to mainstream rap is like comparing Negative Approach to Nickelback... Get the fuck outta here! 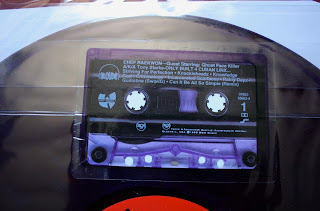 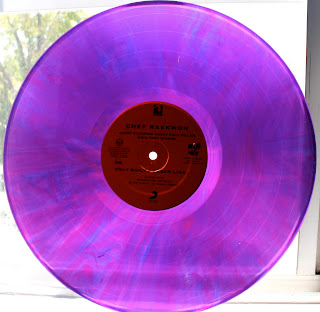 I got the limited edition on a beautiful purple wax. I put it up to the light to give you an idea, it really looks great. Sadly, I had to damage the purple tape sticker to get the record out, but I can live with that.

Check out some of these old Raekwon videos from this album. So sick!!!

Posted by Across Your Face at 9:00 AM