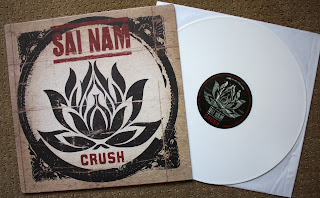 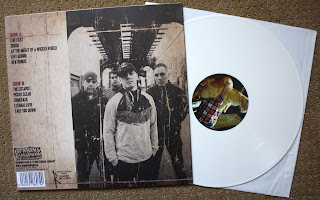 RWHAF not only tipped me off about the Cro-Mags "Alpha Omega" reissue, but they also tipped me off about the Sai Nam - Crush LP on limited vinyl. I pretty much ignored this release when it came out because of a silly band name, shitty cover, and the fact that Reaper never put it out on vinyl and only released it on CD. Kind of foolish of me, because after listening to this is actually a very good release. The band is fronted by the singer of Trapped Under Ice, so it is obviously going to sound very similar to TUI. Dare I say, I think I prefer this over any of the TUI stuff? The band also has members of Breakdown, Crown of Thornz, and All Out War. Demons RunAmok, the European label that also released the Alpha Omega LP recently, did a pretty limited pressing with /100 on white available to those of us in the states via RevHQ. Wouldn't you know, there are some still available? I recommend this release and if you are going to do any Rev orders, throw a copy of this in before it's too late!