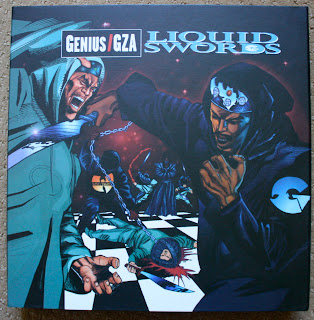 For this Record Store Day, I was most excited to get Notorious BIG's "Ready to Die" and the GZA's "Liquid Swords" box set. I wasn't able to get Biggie's LP, but Liquid Swords was a great consolation price. Liquid Swords is not only one of the best Wu Tang solo side projects, but one of the best hip hop albums ever recorded. Mention Liquid Swords around any true hip hop head and they'll tell you whats up with it. GZA The Genius drops some serious knowledge over super grimey beats, with almost every song being a classic on this release. 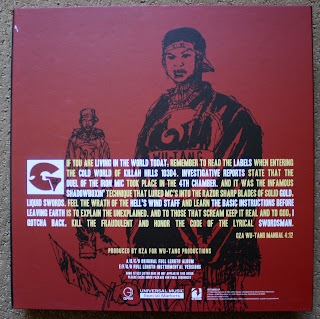 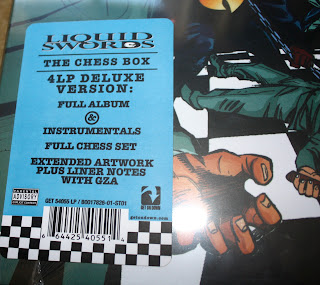 Here was one of the stickers on the shrink wrap that I unfortunately had to rip off to get to the good stuff. If this was just a regular old LP maybe I would have kept it wrapped, but being that there was an entire chess box inside there is no way I could resist opening it!

As you can see this was a pretty huge box. I won't even be able to put this on my record shelves, I'll have to put it somewhere on display.

This is what it looked like when I first opened it up. Super cool artwork all over this thing! 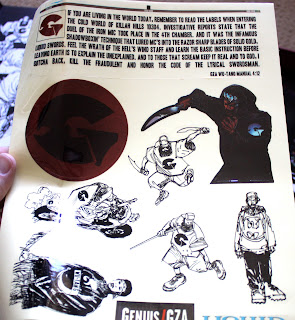 A very cool sticker set that will surely never be used. 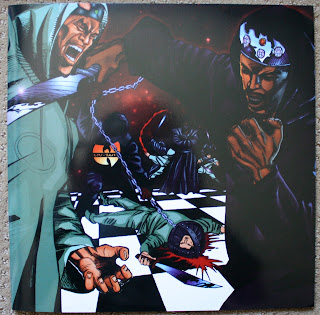 The cover of the insert booklet. This thing is amazing quality. It's super thick almost like a book more than a record insert. 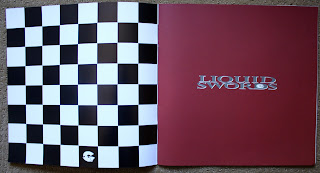 The first page, going with the chessbox theme. 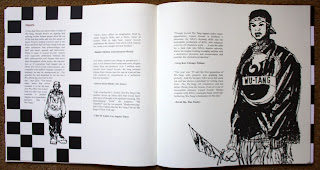 The book has a ton of pages and contains all the lyrics as well as really cool artwork all throughout. 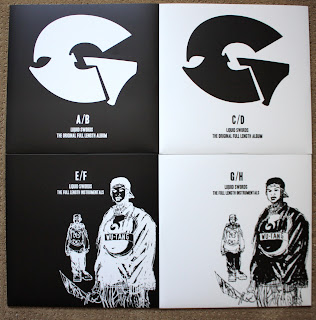 This is a 4LP release. It contains the full length on 2 LP's and then the instrumentals on 2 LP's. Hip Hop shit really needs to be on 2LP's. Most of the old hip hop releases were all on one lp, and now everything is pretty much on two because it makes the sound quality so much better with the deep bass lines. 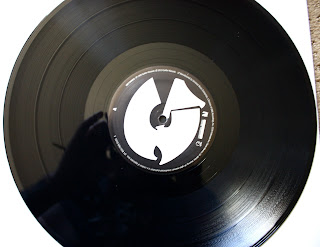 I was a bit disappointed that it was all on black vinyl. They went so over the top with this release on everything else, I really think it should have been on color vinyl. I think it would have been amazing on light blue or blood red to go with the album art. 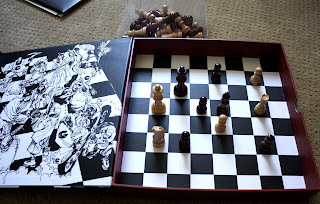 Here it is with the actual chess box in full effect. The chess pieces are very nice quality, they are all wood with the little felt stuff on the bottom of them. I have no idea how to play chess, I just put a few pieces on to give ya'll an idea.

I am really impressed with this release and happy I picked this up. For those of you that aren't that familiar with Wu Tang, you really need to check this out and some of the other Wu side projects. For years there has been a huge argument on what the best Wu solo side project is within the hip hop community. Just search it on google and you'll see page after page of forums with people arguing which is the best. Well, I'm going to give you my top 10 list. 90% of people will agree that OBFCL and Liquid Swords are the top 2 releases, but the big argument is usually about which one is better. In my opinion, here are the top 10 best (in order):

Check out the video for "Cold World" feat. Inspectah Deck, one of the singles on this album. And yes, this is where the band Cold World got their name from, just so you know...