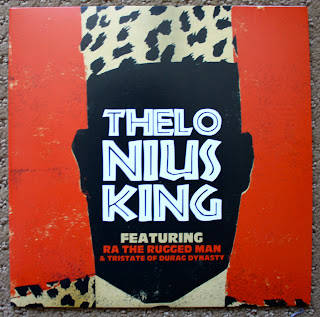 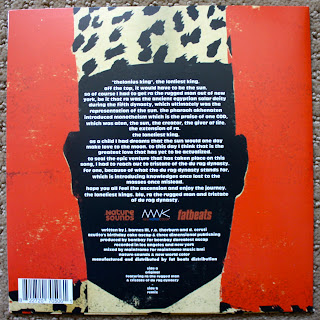 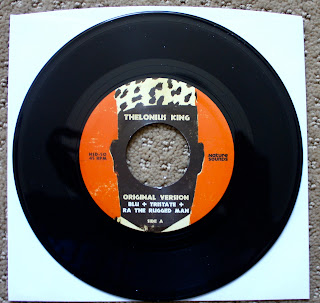 Here are the left overs for my RSD 2013 buys. Here is the Thelonius King 7" by Blu. I wasn't really excited about this one as I haven't been very impressed by Blu's latest releases. However, I didn't even realize that RA The Rugged Man was on this track as well. What a pleasant surprise. In all actually, this single is a serious banger and Rugged Man absolutely murders his verse on it. Out of /700 on black vinyl. Glad I got it! Check out the video for it below: 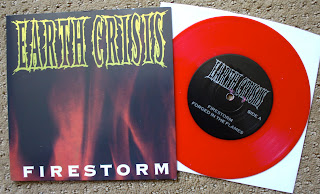 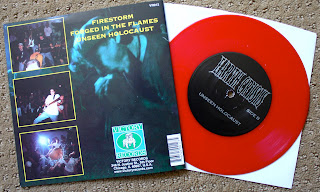 Next was the Earth Crisis 7". I have never been a big Earth Crisis fan so I guess it's whatever. I'd rather have it then not have it, in case some day I suddenly get into Earth Crisis. Out of /900 on red vinyl. 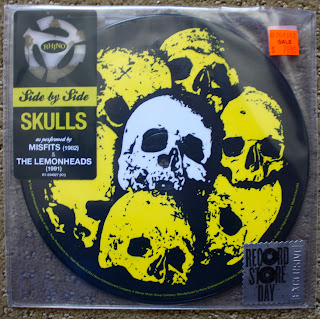 I almost didn't get this copy of the Misfits and Lemonheads split. The super tacky cover art really turned me off, but now I feel good about it. I must be honest with you, I have never really even heard of the Lemonheads. I was really impressed with their acoustic cover of this classic track though. 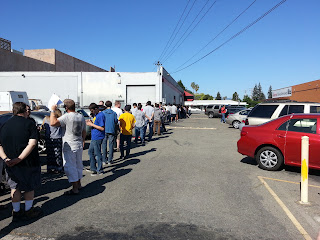 I guess now that I look at the pictures of the stuff I got, it doesn't feel like RSD was all that bad. However, the day of was a pretty shitty experience. My frustration levels were off the charts. I essentially waited in the line above at Streetlight Records in San Jose, CA for almost 2 and a half hours by the time I paid and got to my car. RSD has become a big deal and brings every bozo out of the woodwork that never goes to a record store all year long. I would put my paycheck on it that probably 90% of the people in that line don't even own a record player or give a shit about any of the music. I saw flipper after flipper walking out with shit I wanted and it was just so frustrating. Now, I can either not go next year and boycott it, or I can show up hours early like other people do and be patient...

But to me, it is more about the big picture of how big vinyl collecting has become. I made a conscious decision over 10 years ago to buy strictly vinyl. At the time, I could walk into my local record store and find all kinds of great shit all day long for killer prices. Now, the prices on everything are through the fucking roof and it will only get worse. Until the fad ends and all these sheeple move onto something else that is. It just really saddens me that people have to take a good thing like this and turn it into a chance to make a quick twenty bucks. All that being said, my dumb ass will probably be in line at like 6am next record store day. What did you guys pick up or miss out on this year???

Posted by Across Your Face at 3:58 PM