No Mistake - Connect the Dots 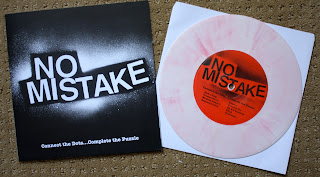 San Jose Hardcore is back with No Mistake's "Connect the Dots... Complete the Puzzle". This is fast raging hardcore in vein of SSD and Negative Approach. It's always refreshing to see this style of hardcore getting played in the Bay Area. 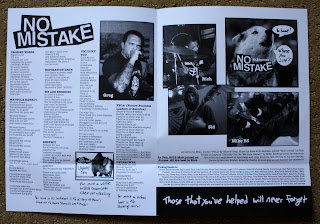 This 7" covers a unique array of different topics in their songs. Some of my favorites are "Unlucky You" which is about animals that are killed for one or two valuable body parts which is causing certain species to go extinct (see; Rhinos), "Expiration Date" which ponders what we will be leaving for the next generation, and "We Stole Hawai'i"which is about the US stealing Hawaii. Interesting and insightful stuff for a 80's style USHC band. 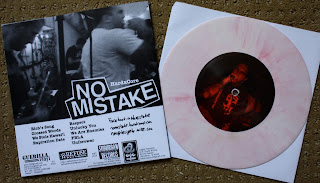 The red and white vinyl was the limited version with an alternate cover and sold out pretty quick in pre orders. This is out of /93. 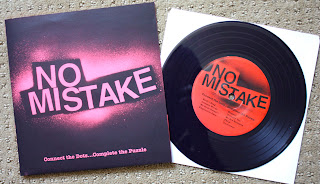 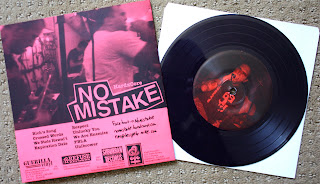 The black and red cover is the normal cover out of /675. This was released by Refuse Records, Suburban Thrash, CC Fundacion (Spain) and Guerilla Vinyl (France). So if you're somewhere overthere in Europe and come across it then scoop a copy up! You can download all of these tracks and more for free from their band camp, which also includes a super cool cover of Negative Approach's "Whatever I Do". It's exciting to have these guys playing in San Jose and bringing that old style back.

Posted by Across Your Face at 8:36 AM