Chosen Ones - They Called Your Number 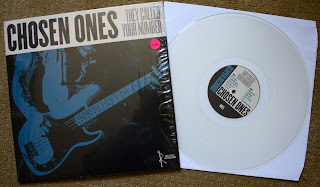 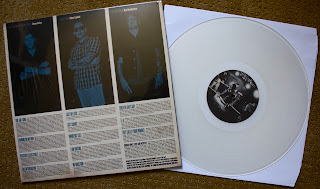 I also recently picked up a copy of "They Called Your Number" by the Chosen Ones from Reaper. First and foremost, I was absolutely shocked when I gave this thing a listen that Reaper would touch this record with a 10 foot pole. They must be good friends with some of the band members. That's not necessarily a knock on the Chosen Ones, it's simply because this is pure melodic punk rock (with the emphasis on "rock"), that at times flirts with "sugar Oi!", a term that was coined by Vanilla Muffins.

That being said, I do like this release. I compare it most to bands like Ducky Boys, One Man Army, the Sore Thumbs and Vanilla Muffins. This release would have been more appropriate on a label like Pirates Press, TKO, Longshot, GMM or Oi! the Boat, and it probably would have hit more of it's actual target audience on one of those instead of Reaper. I wonder how many hardcore kids got all butt hurt blindly ordering this from Reaper, haha!

Being from the Bay Area, I am very familiar with this style of music. That melodic punk flirting with Oi! has been popular for the last decade plus with the rise of all the TKO Record bands in the late 90's/early 00's out here and all the way to today with all the Pirates Press bands. That being said, I do like this release, but there are other bands that are similar to Chosen Ones and are just doing it better right now. Immediately bands like Hounds and Harlots, Downtown Struts and Harrington Saints come to mind. Like I said, I do like this release and I will probably give it more listens than most of the hardcore shit I buy, but for this genre it is still not quite in the top tier. 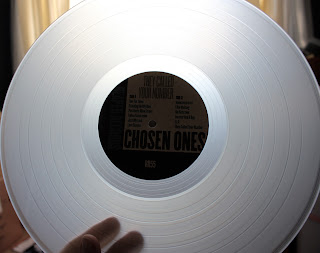 This was the limited version of /300 on "milky clear", it also had /700 on blue vinyl. Now I'm kicking myself for not ordering both. Check out their music video for "Fallen Generation" from this release below and decide for yourself:

Email ThisBlogThis!Share to TwitterShare to FacebookShare to Pinterest
Labels: Chosen Ones, Punk, Reaper