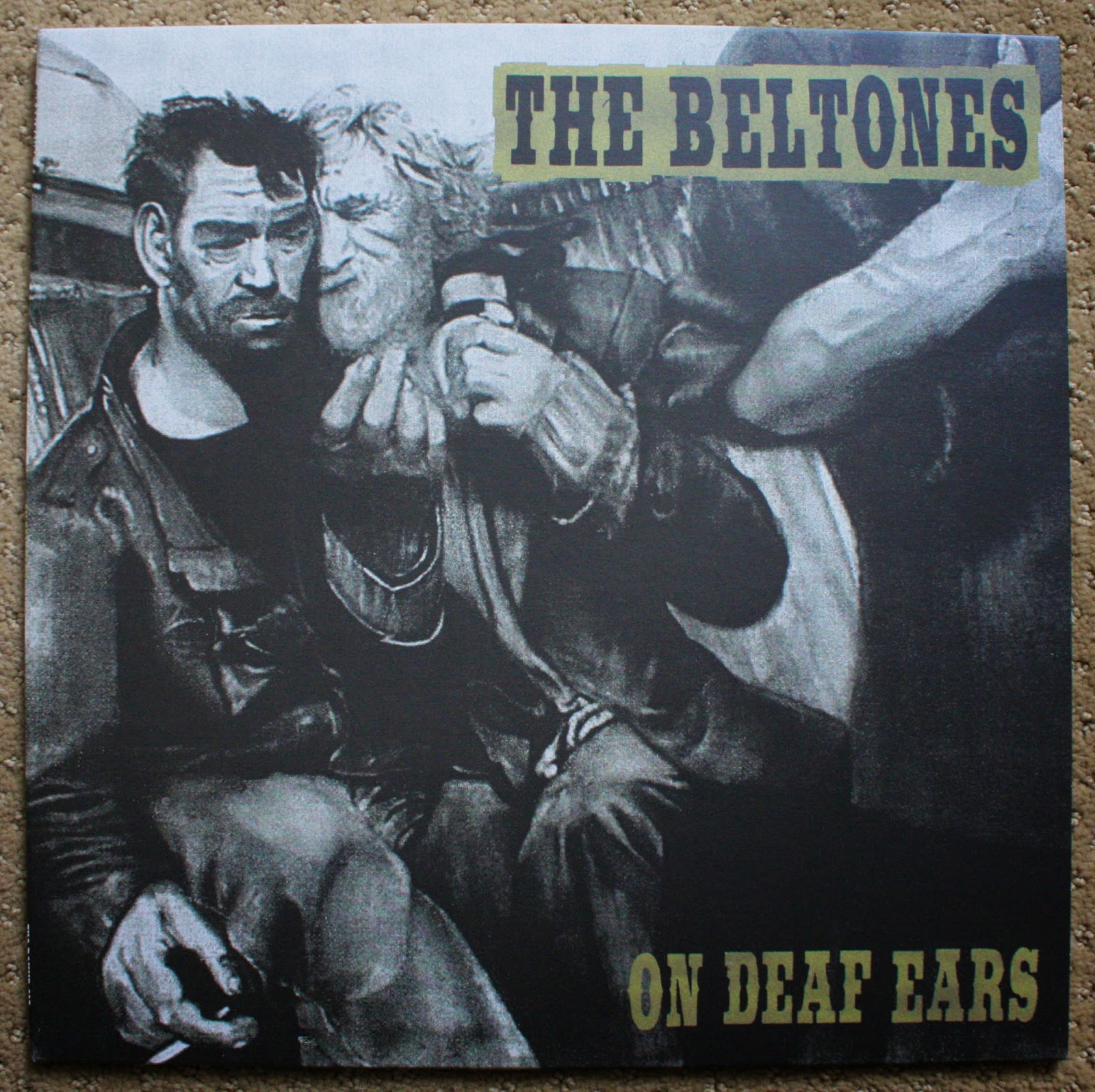 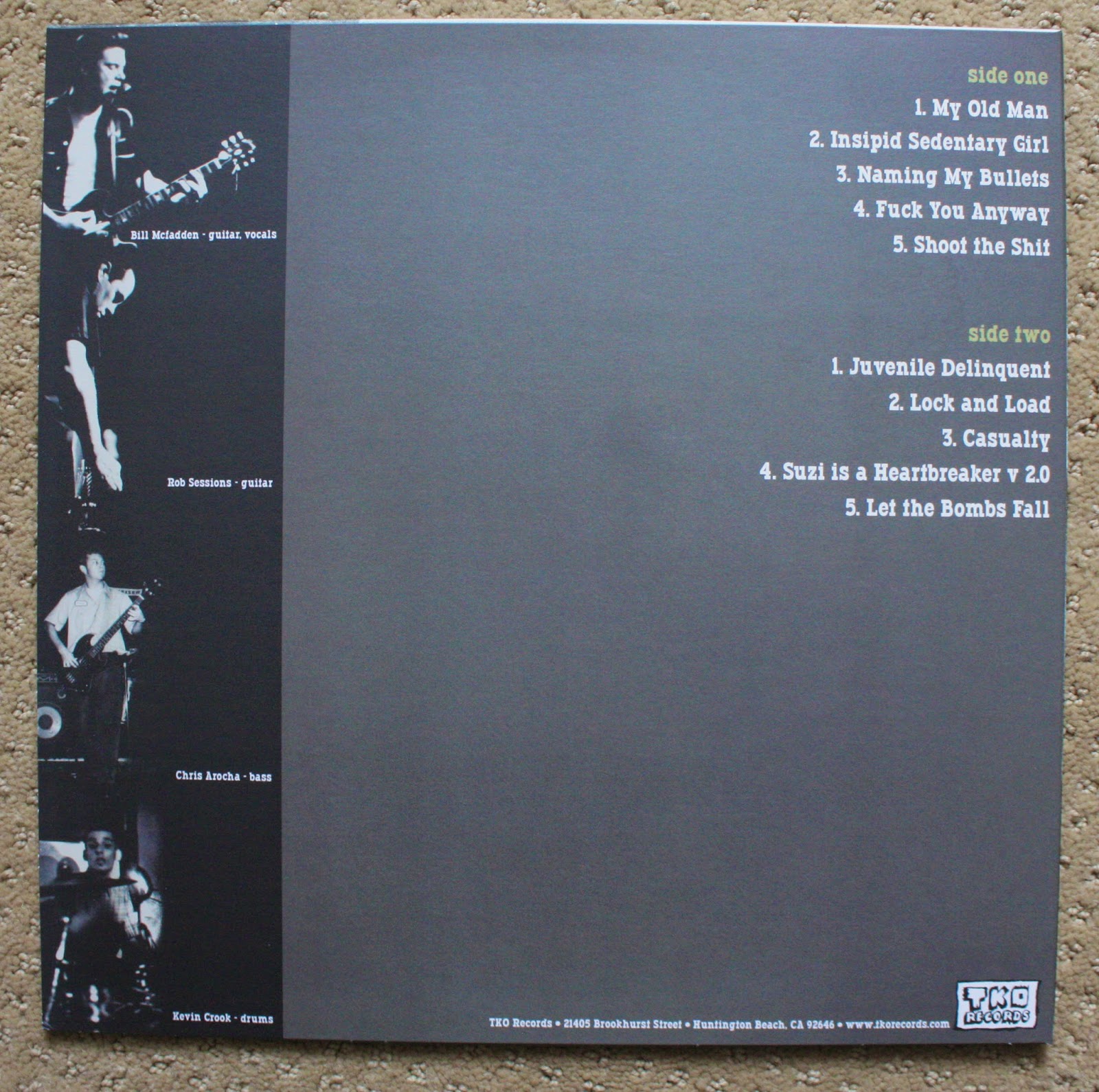 It was great to get some of these RSD releases... The UN album, the One Man Army album, and all the others were just sweet bonuses. But for RSD, I had my eye on the prize for one piece of wax... The Beltones "On Deaf Ears". The Beltones are arguably my favorite band and have been one of the major influences on me ever since I was 13 years old. I even chose The Beltones to celebrate my 100th post nearly 2 years ago. This release is an absolute classic. Unfortunately, when it was released in 1998 it was only on CD. It took 15 years to come out on vinyl but the wait was worth it! I've been lucky enough to catch the Beltones live twice over the last few years, and both times I hounded them to release this on vinyl. I also hounded Mark from TKO Records at the One Voice Fest this summer to release this on vinyl. I was thrilled when I heard they would finally be pressing it for RSD. I like the little story on the lyrics sheet. 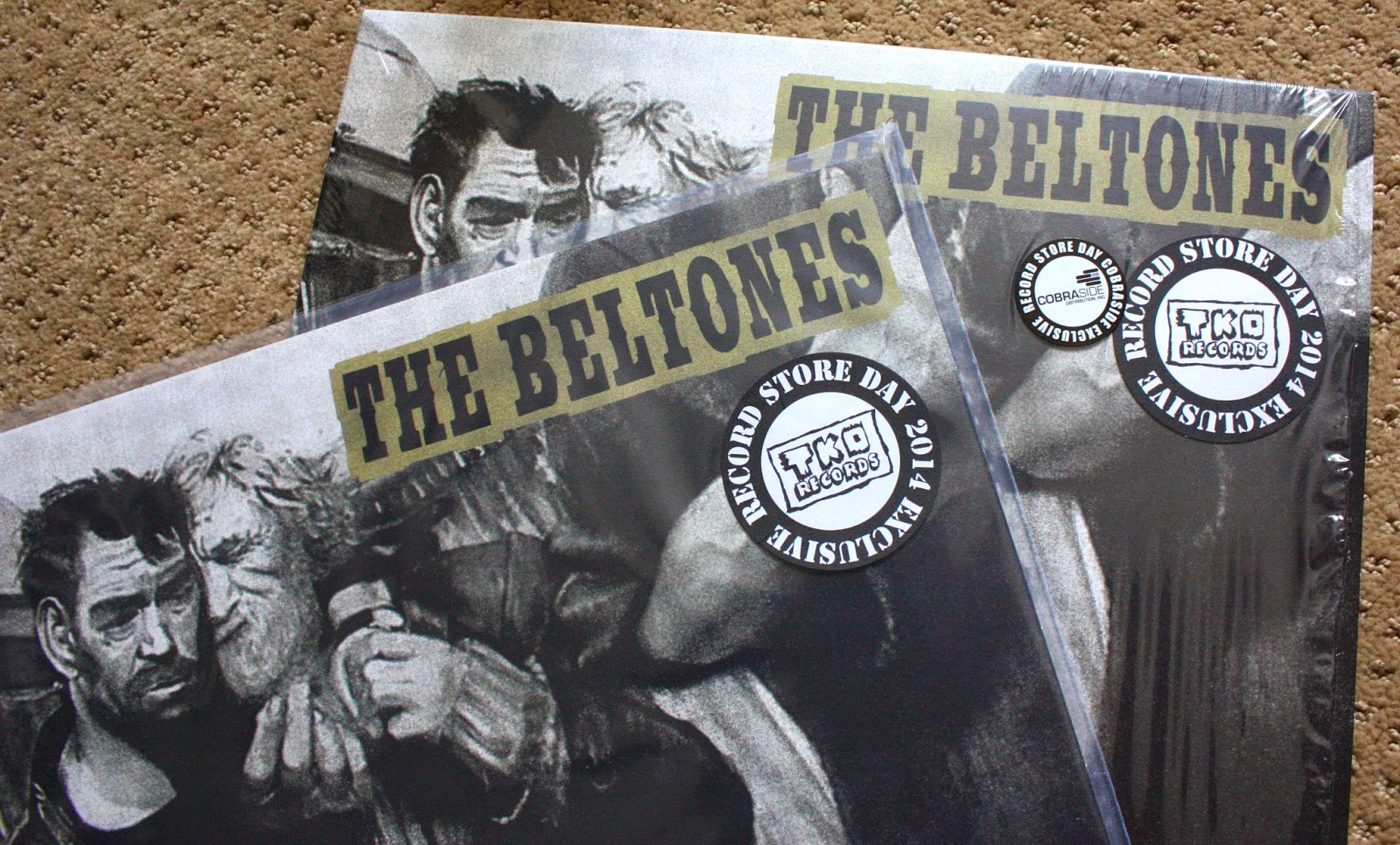 For historical reference (because no doubt someone will read this before they pay a bunch of money for one of these on Ebay in a few years...) The TKO Records version (Splatter) only has one sticker and is not shrink wrapped, with the sticker being on the poly sleeve. The black copies are shrink wrapped with two stickers. 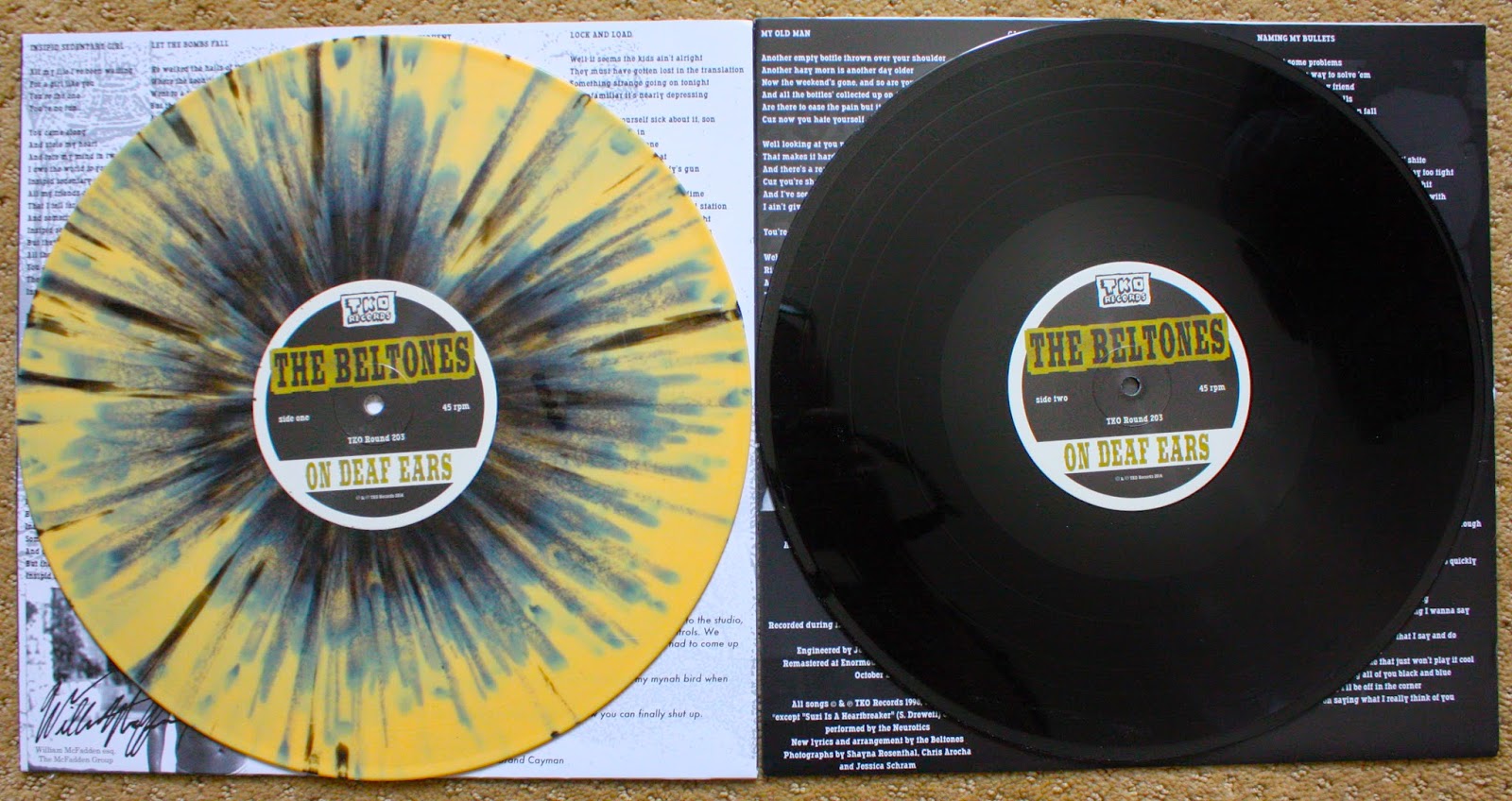 The splatter vinyl is out of /300 and the black is out of /2000. The splatter vinyl is amazingly still available! Considering that old Beltones vinyl goes for big bucks on the bay, I figured these would be long gone. If you don't have a copy, go pick one up and I promise you will not regret it. Without a doubt this will end up being my favorite and most important release of the year, and I'm super thankful it's finally out on vinyl.

Check out this later 90's live footage of the Beltones playing "My Old Man".


"Another empty bottle thrown over your shoulder, another hazy morn grown another day older, another weekend gone and so are you. And all the bottles collecting up on the shelf are there to ease the pain but it just done help, so now you hate yourself and you hate me too.

Well lookin at you puts a lump in my throat and makes it hard to swallow my beer, there's a reason that it's giving me the fear.  Cuz you're shaking like a leaf and I've seen that shake before my friend. I ain't giving you no shit just understand... You're looking like my old man!"

Posted by Across Your Face at 5:59 AM