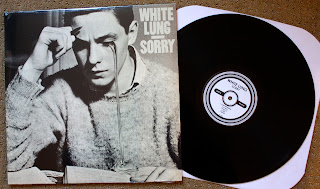 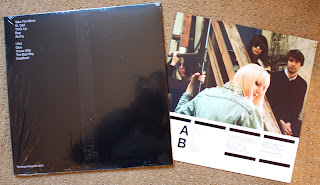 Traditionally I have never been that into punk bands with girl singers. I'm not sexist, it's just rare that I can find girl vocals in punk that I genuinely like and can listen to more than once or twice. This band caught my attention since it was released on Deranged and I went to check out their video (below). This album from Canada's White Lung is pretty darn good. My girlfriend actually really likes it surprisingly. Maybe that has made me like it less, it seems like the music I enjoy most is the stuff that gets her irritated and annoyed in the car ("Oh my god, not Sean Price again..."). This band is definitely skilled and come with some serious heat on this release though, so don't mistake them for a novelty act. I saw something on facebook this was nominated by Rolling Stone Magazine as one of the best albums of the year, but that dude had Taylor Swift at No. 2 so his list is irrelevant. I also seen some site where this was nominated for best album art of the year? I don't know about that, I don't think there is anything all that special about it but whatever. Point is, there seems to be some main stream buzz over this release so who knows, maybe they'll be all over MTV soon and I'll be able to sell this "OG" pressing White Lung and buy Bringin it Down on green or something. Yeah, keep dreaming.

And the singer is maybe light weight cute, no?

Posted by Across Your Face at 4:40 AM