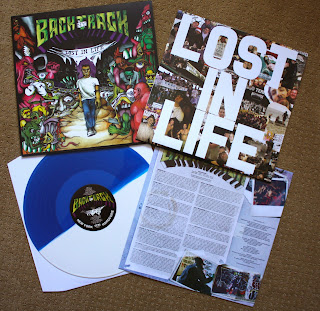 Last night I went out to Oakland for the "Lost in Life" Record Release party. Since I haven't posted anything in over a month and I'm officially a lame ass, I figured I would wait and post something cool. Last night Plead the Fifth, New Brigade, Take Offense and Twitching Tongues all played as well. Twitching Tongues is horrible... Take Offense was decent... New Brigade was awesome (I had never heard of them before, but they are the real deal), and Plead the Fifth was dope as fuck. Backtrack of course killed it and had the crowd going off the entire set. 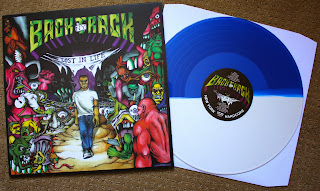 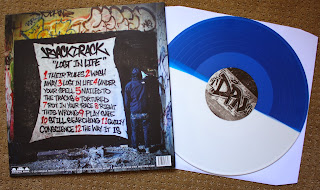 Now down to the record. I slept on the pre orders with Bridge 9 and didn't get any of the limited vinyl, and this is one of the copies on half blue and half white out of /700. It looks really awesome and is the same as their first press of "Darker Half" on half and half vinyl. The Spoiler cover art is incredible and sticks with the same theme from Darker Half. The back art is my favorite, as they sent one of the boys under a bridge or something to put up the track list on a wall. I had never seen this done that I can think of until earlier this year with Crosscheck.

So far, I can't stop listening to this record. "Darker Half" was, in my opinion, one of the best hardcore records of the last decade. This release may be even better than Darker Half, but it's hard to say after only a day of listening. There is no doubt about it that this is an incredible record, and may be the best record of 2014 by the time it's all said and done. The singer has gotten even better on this record and is more dynamic than Darker Half, and the band is tight and crisp and everything is hard as all hell. 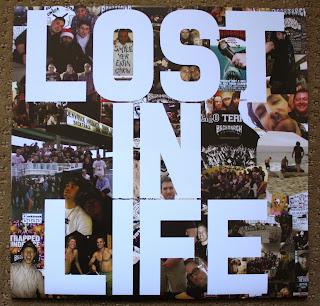 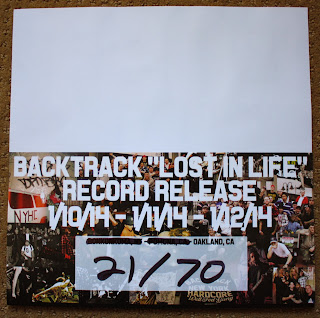 The record release version came with this cover, hand numbered out of 70. Seeing that the dates for the first two shows are crossed out, I am assuming they had /70 for all three shows (so /210 total?). That's purely speculation so I'm sure we'll find out in time what the real deal was with this. I scooped a couple copies, because one of these bad boys had Leeds, UK written all over it. My lazy ass even filmed the last song from the show and put it up on youtube, so check it out here!

Posted by Across Your Face at 2:15 PM