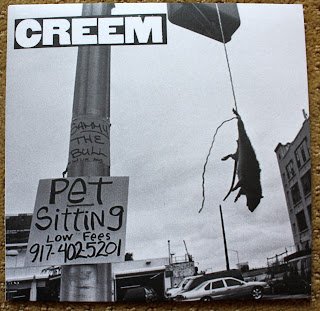 New York's CREEM is certainly one of those "it" bands right now. They got the whole package going on. I loved their 12" LP and this is just as awesome. The cover of this is really incredible, and goes along with the song "Rat Race". This is probably going to be the best cover of the year. For those of you that may not know, there is a note to "Sammy the Bull" who was a John Gotti associate and underboss in the Gambino crime family. He ended up turning into a snitch (or a "rat") and testifying on the Gambino's, therefore it appears someone hung up a dead rat as a warning to him. What really makes the picture though is the "Pet Sitting" sign right next to the dead rat. I don't know where the band found this picture, but it's incredible for a hardcore 7" cover! 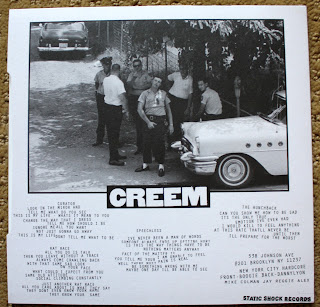 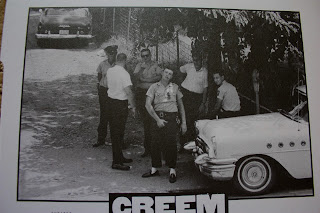 The back is equally awesome with some old school police kicking it under a tree, one grabbing his nuts and the other flipping off the camera. For those of you that aren't familiar with Creem, you should check this release out if you get a chance. Fast and ugly USHC, some real take no prisoners type stuff. 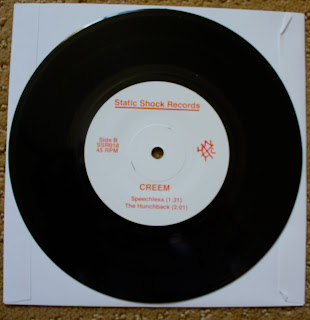 As far as I know all the first /620 copies pressed are on black vinyl. Check them out live below incase if you had any doubts about how much they rule.

Posted by Across Your Face at 8:22 AM