The best album you can't understand and never heard of... 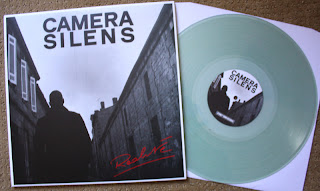 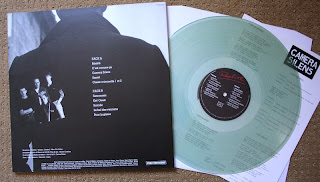 I am a bit embarrassed and upset with myself that I had never heard this before until lately. I have grown up on Oi! and have kind of steered away from alot of European Oi! (excluding the UK) for a long time. My friend Robbie has always loved that international Oi! flavor and has tried on several occasions to get me into different groups, and I think he showed me these guys years ago but since I couldn't understand them I lost interest very quickly.

Recently when I went to Sydney Town Records to buy that Sydney Ducks tour demo, this caught my eye. Sydney Town repressed this 1985 French Oi! release and called it a "classic"... Interesting. Figured I would throw it in my cart and go search for a free download while I was at it. Boy was I blown away. What an incredible album, I have no idea what they are saying, but the music is just so amazing and ahead of its time. These guys were light years ahead of most of the American and UK Oi! of the time, really having their whole on style and being far from cookie cutter. Sydney Ducks being one of my favorite bands right now, go figure that they sound super similar to these guys and that they re-released this album. It comes on a beautiful coke bottle clear (out of /500) and on 200 gram vinyl. This is a must own for all the Oi! boys out there. Go pick this and the Sydney Ducks demo up right here!

Just listen to how dark and awesome their title track is. It reminds me of "Disco Riot" by the Anti-Heros. Fuck yeah! There is no cheesy corn ball bullshit Oi! on this bad boy, only the realest. Now, if I only spoke French. Damn.