How the Gods Chill 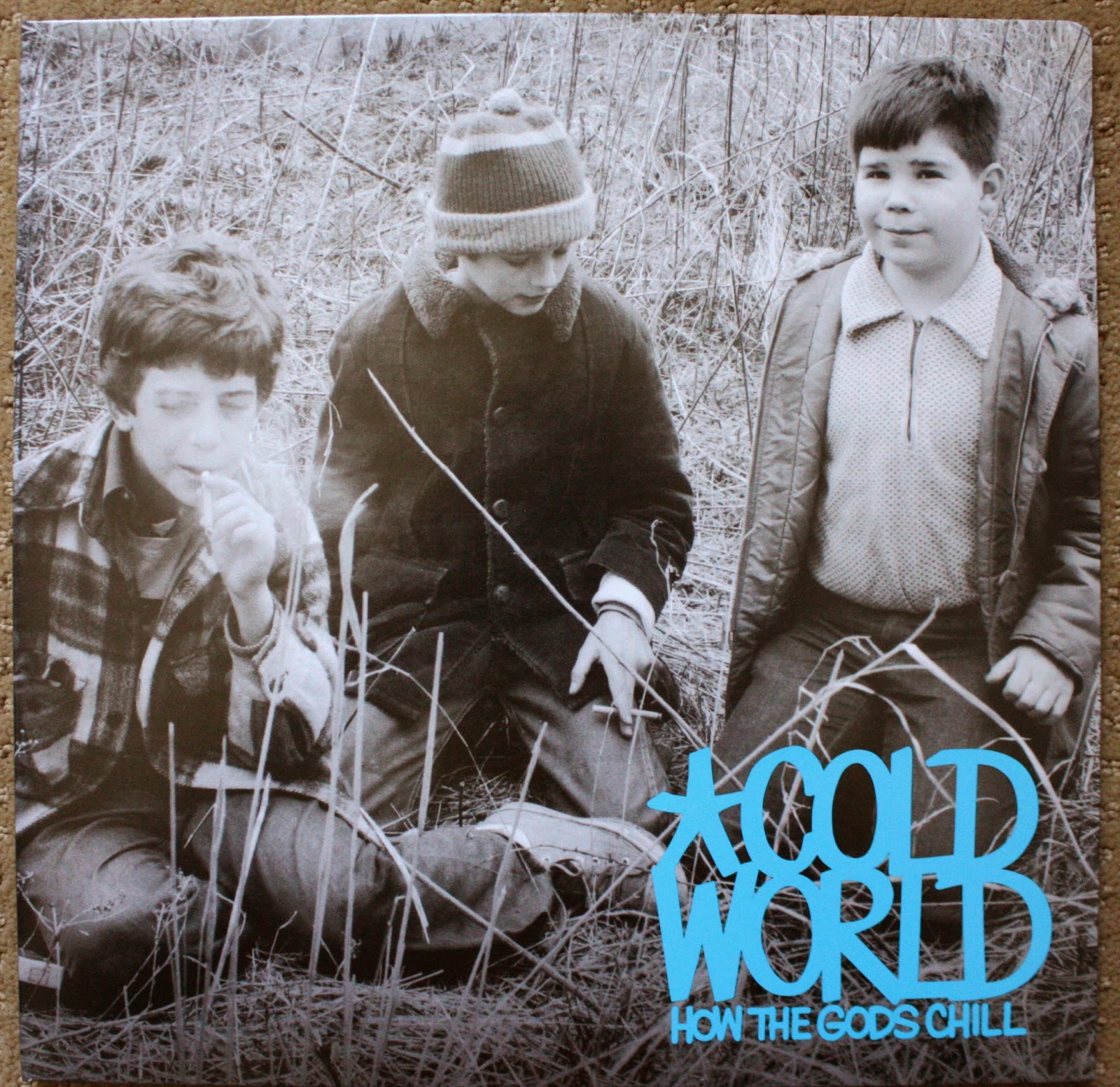 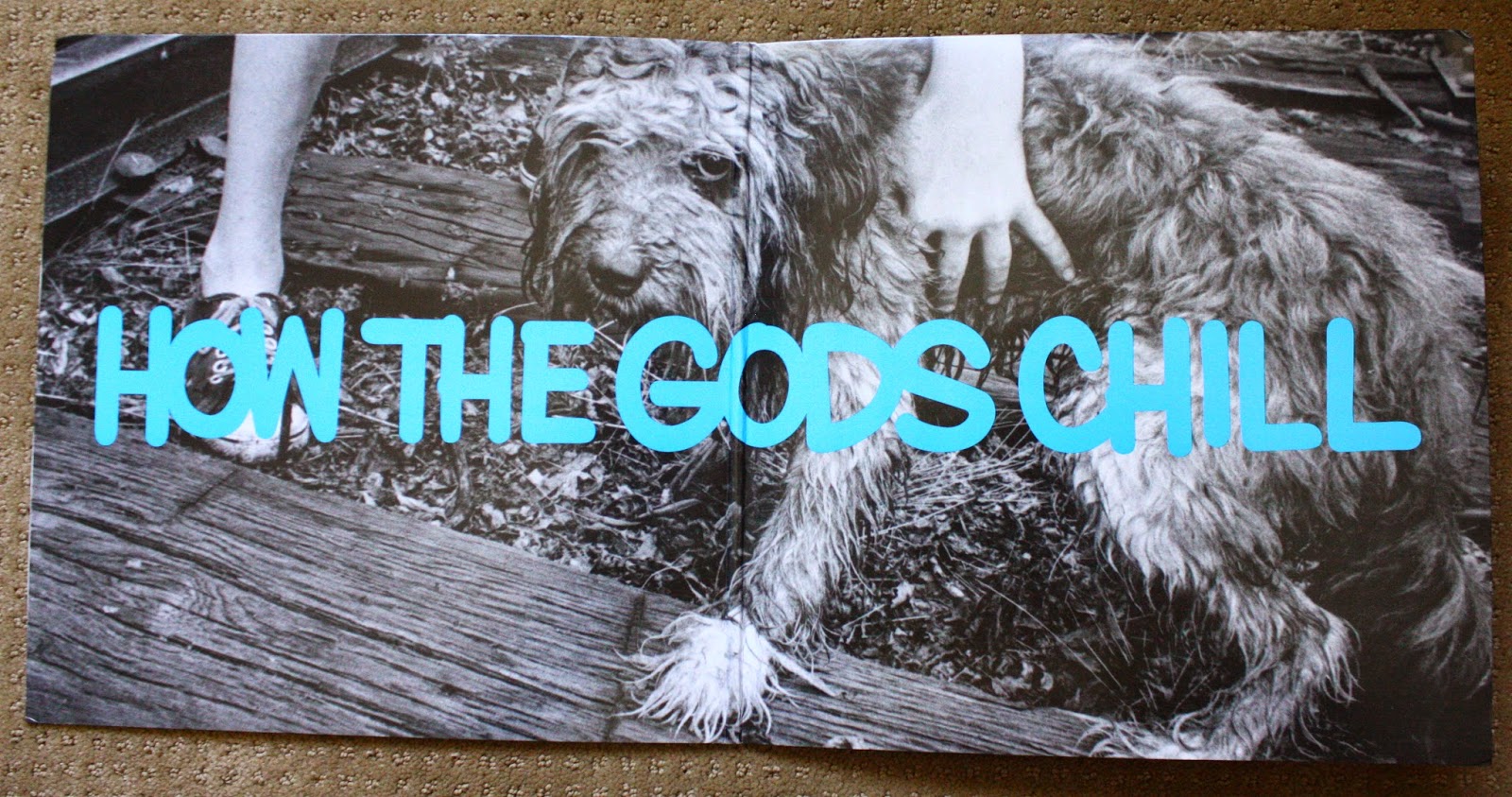 Here is Cold World's latest LP, "How the Gods Chill". As you can see, it has a nearly identical layout to their last LP. Cold World has always been one of my favorite bands. Needless to say, I was really excited about this release but somehow I missed out on the most limited color. What a fail.

Now down to the record. I have been listening to this pretty much non stop, and it took me a few listens to truly appreciate it. It definitely has a lot more of the Metallica style singing parts then their previous releases, but it is truly an excellent album. This may be Cold World's best stuff yet. The tracks with Kool G Rap and Meyhem Lauren are epic, but I think they should have brought in someone else besides Meyhem Lauren who they've already worked with. I've been dying to see a Cold World/M.O.P. collaboration for a while now. There are a ton of great tracks on this, but "The Real Deal" may replace "Refuse to Lose" as everyones favorite song during live sets. 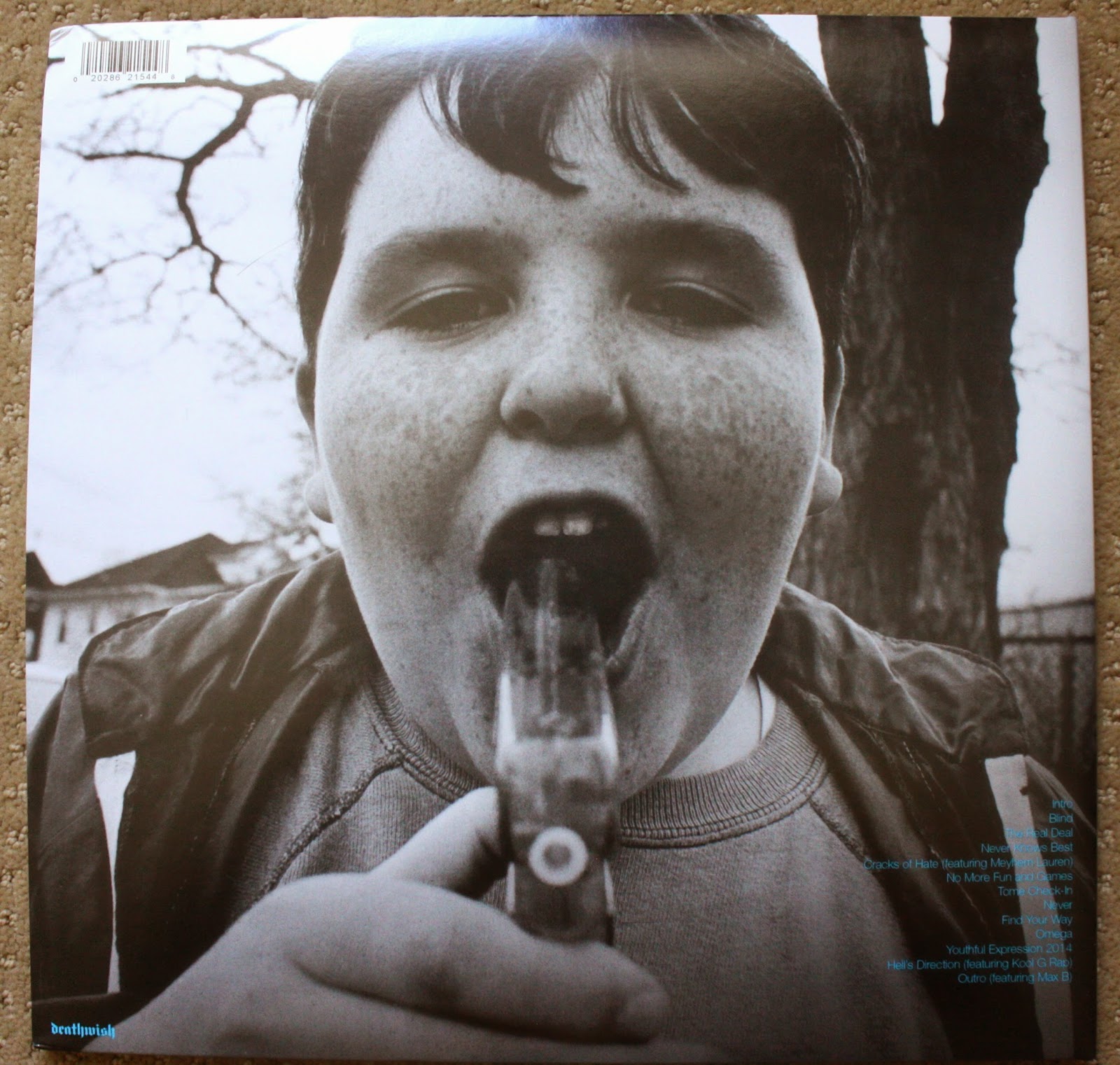 Back cover. It is so awesome they brought Kool G Rap, one of the best gangster rappers of all time in on this release. Now they've worked with some of the hardest rappers in the game when you include Sean Price and Kool G Rap. 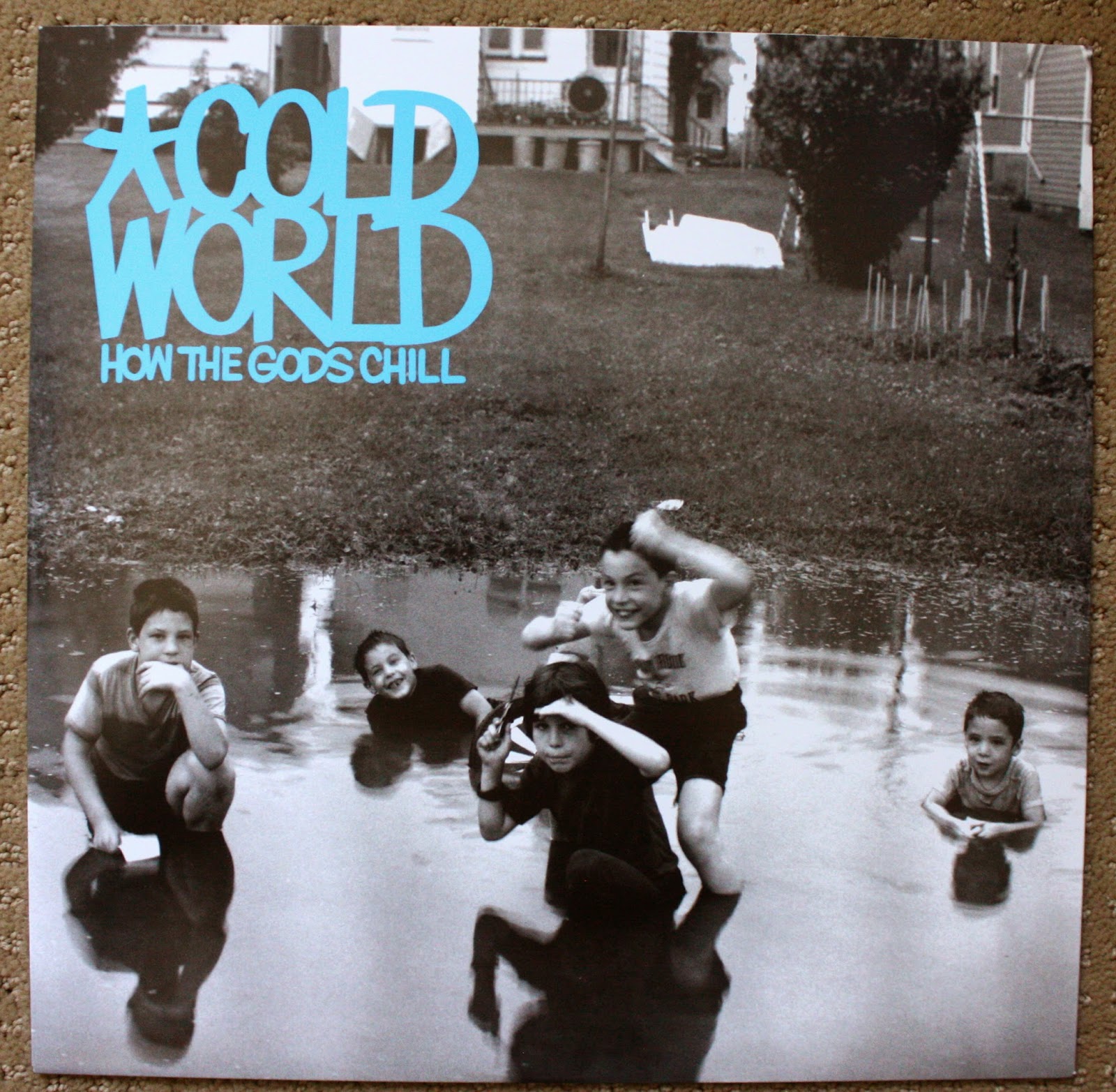 Insert front. Apparently all Cold World release art must have little kids and dogs in them. 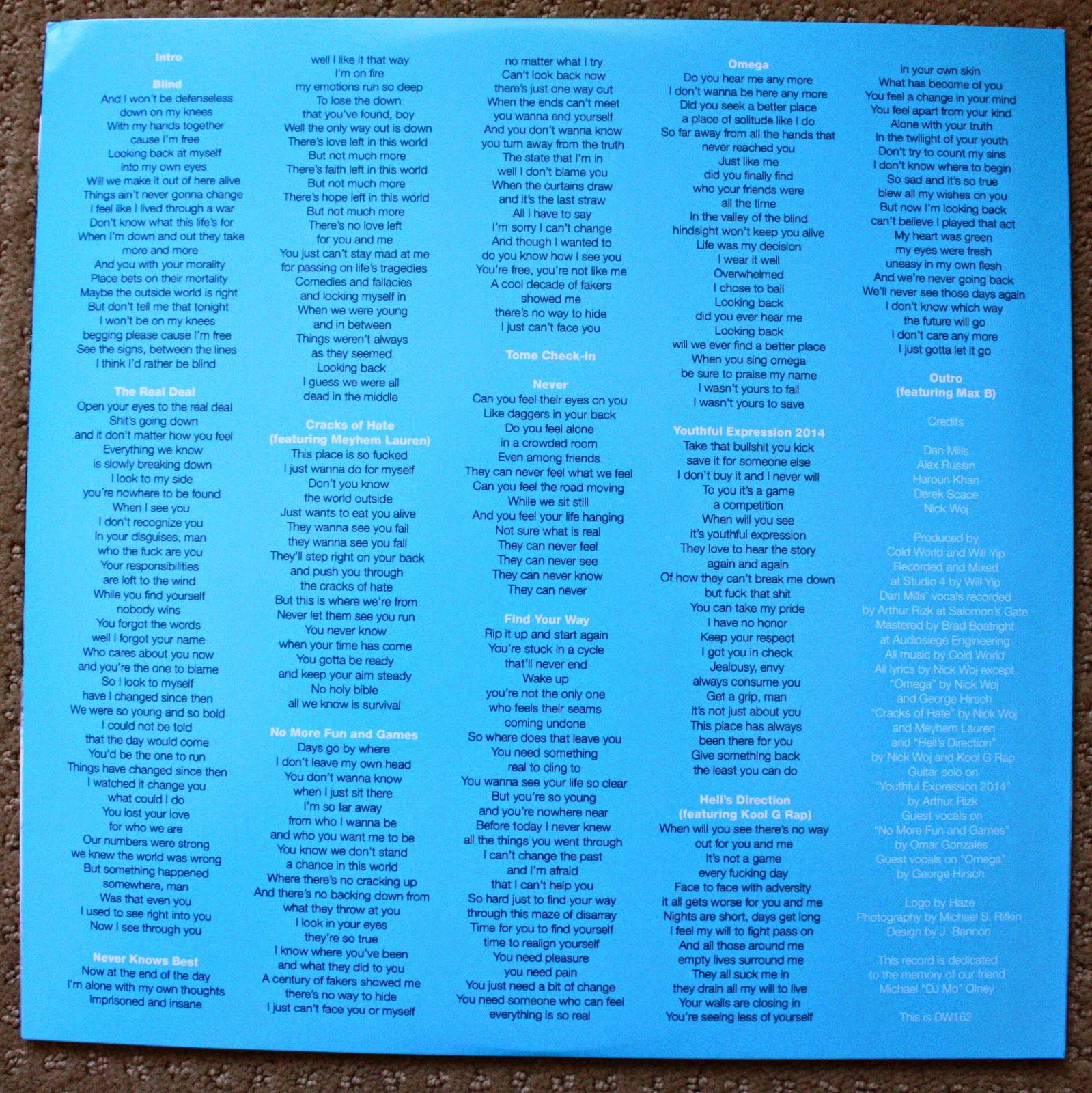 Lyrics if you want em, and they are good. 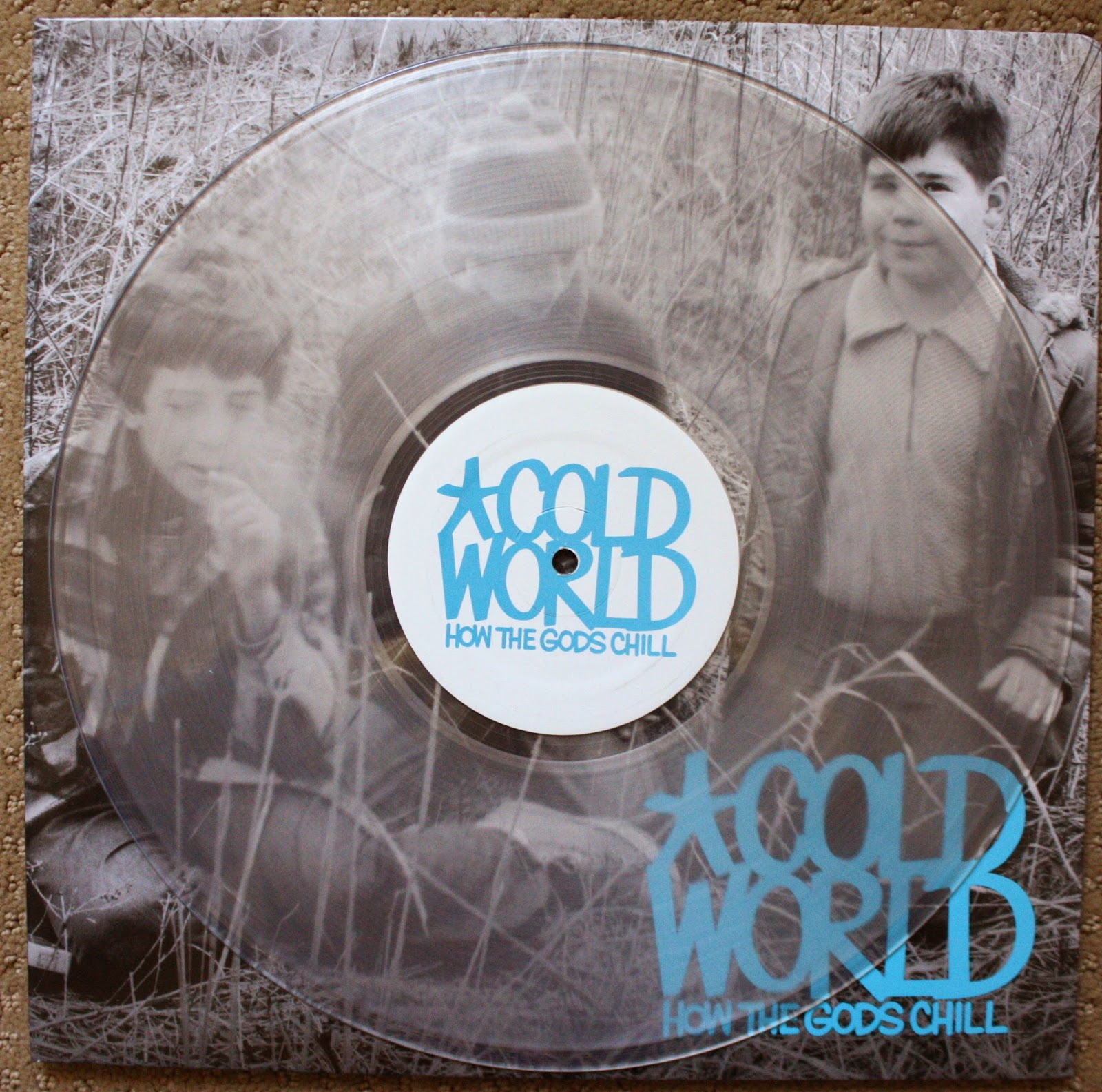 I settled for the clear vinyl over the white vinyl. I'm not sure how many were pressed, but I believe it was pressed on blue as the most limited, then clear and then white. If anyone knows the pressing info please enlighten us in the comments!

Posted by Across Your Face at 2:50 PM