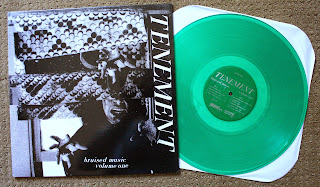 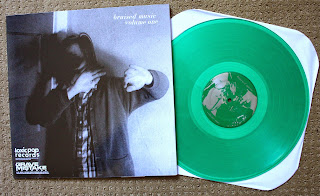 I've never been known for my fondness of "pop punk", but I had to step up and pick up this Tenement LP when Grave Mistake announced it. I had a 7" they did with Culo that had 2 really catchy songs on it. This is more of the same... Infectious, snotty, catchy pop punk that brings me back to sitting in my room as a kid playing Tony Hawk videogames on my PS2 and listening to the same songs on the games soundtrack over and over. This is one of my current guilty pleasures that I only listen to on my commutes alone...... Hey, everyone can have a soft side every once in a while right?

This is the green version out of /220 which is now sold out.

Posted by Across Your Face at 6:40 AM